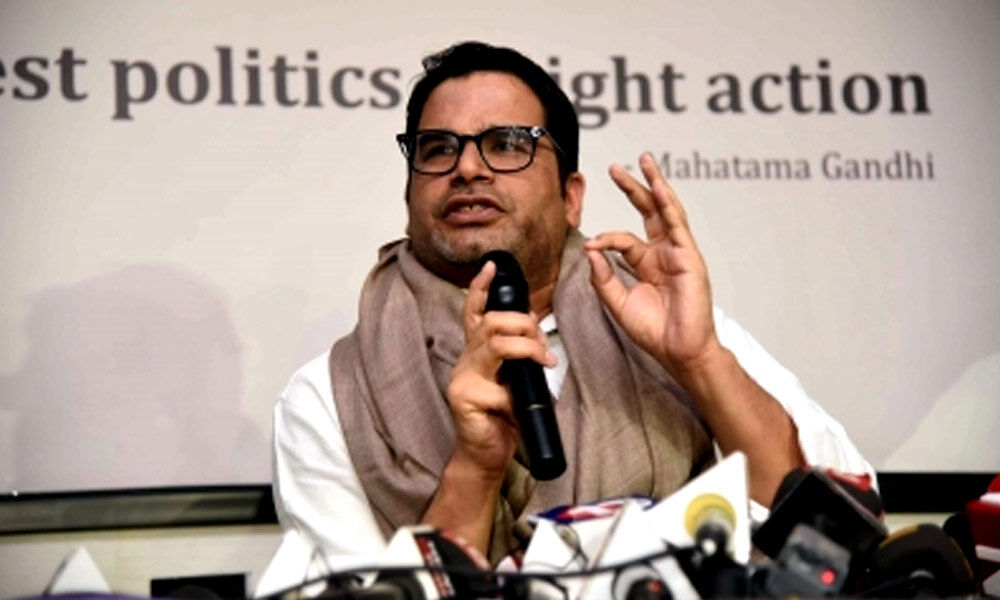 After the luncheon, both Pawar and Prashant Kishor, oft referred to as 'PK' in political circles, kept mum on their meeting, further fuelling speculation.

However, senior NCP leader and Deputy Chief Minister Ajit Pawar brushed aside all gossip, noting that Kishor has already made it clear he will not be designing poll strategies for political parties in future.

Similarly, Shiv Sena Chief Spokesperson and MP Sanjay Raut said many political leaders are in contact with Kishor while other NCP and Congress leaders feigned ignorance over the discussion menu or the outcome.

This morning, Kishor called on Pawar at the latter's Mumbai residence around 11 a.m. and the duo was closeted for nearly 3 hours before the NCP chief saw off his high-profile visitor.

The meeting triggered guesswork whether this could signal a preparation for the 2024 Lok Sabha and Maharashtra Assembly elections amid calls for putting up a united front of all Opposition parties to tackle the Bharatiya Janata Party challenge.

This was Kishor's first meeting with a prominent Maharashtra leader after his poll strategies succeeded in handsome victories in West Bengal and Tamil Nadu for the Trinamool Congress and the DMK respectively, particularly since the NCP and Sena had thrown their weight behind Mamata Banerjee.

Kishor had met the Shiv Sena President Uddhav Thackeray here shortly before he became the Chief Minister and enjoys close rapport with several leaders across parties in the state.