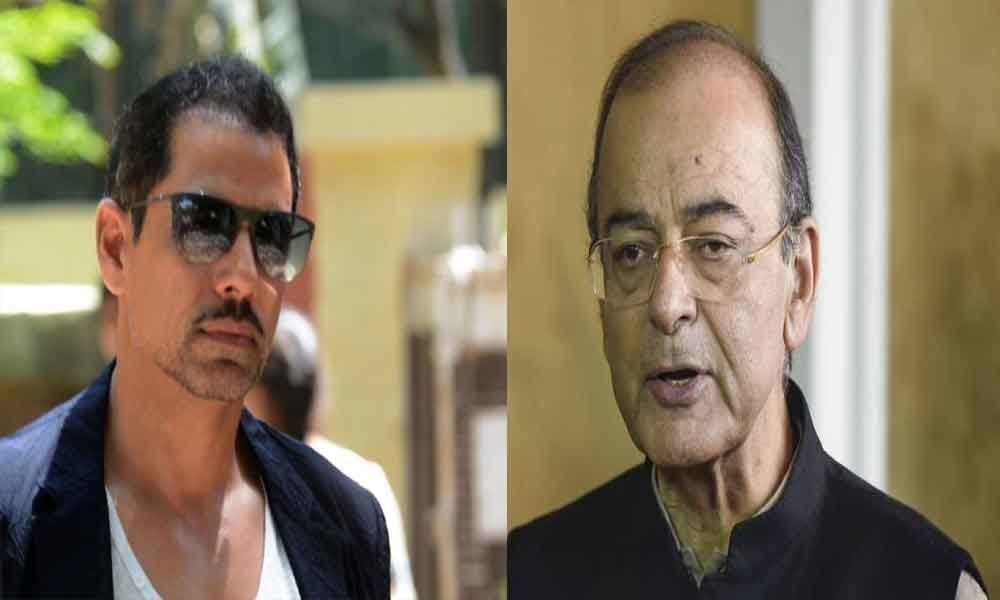 Alongside his post, Vadra tagged a few photographs from the past in which he can be seen alongside Jaitley.

In a reply to Jaitley, Vadra wrote on Facebook: "One must maintain respect, a decorum in every situation, it shows character and that's what I was taught by my parents and in sport. Healthy competition will only bring out the best in a person that people will judge. Best wishes to all for the brighter future the people of India need."

Alongside his post, Vadra tagged a few photographs from the past in which he can be seen alongside Jaitley. In one of the images, he can be seen shaking hands with Jaitley. The image was used by Vadra in April last year to wish Jaitley a speedy recovery when he fell ill.

In another photograph, Vadra can be seen alongside wife Priyanka, brother-in-law Rahul Gandhi and Jaitley.

This comes at a time when the Income Tax department officials are conducting raids at various locations across the country.

Besides Jaitley, Union Textile Minister Smriti Irani too took a potshot at Vadra and warned people that they should 'save their lands' if he comes to their place for campaigning.

She told ANI: "I just want to say that wherever Robert Vadra wants to go campaigning, people of that place should save their lands."

Currently, Vadra is facing allegations of money laundering in the purchase of a London-based property.