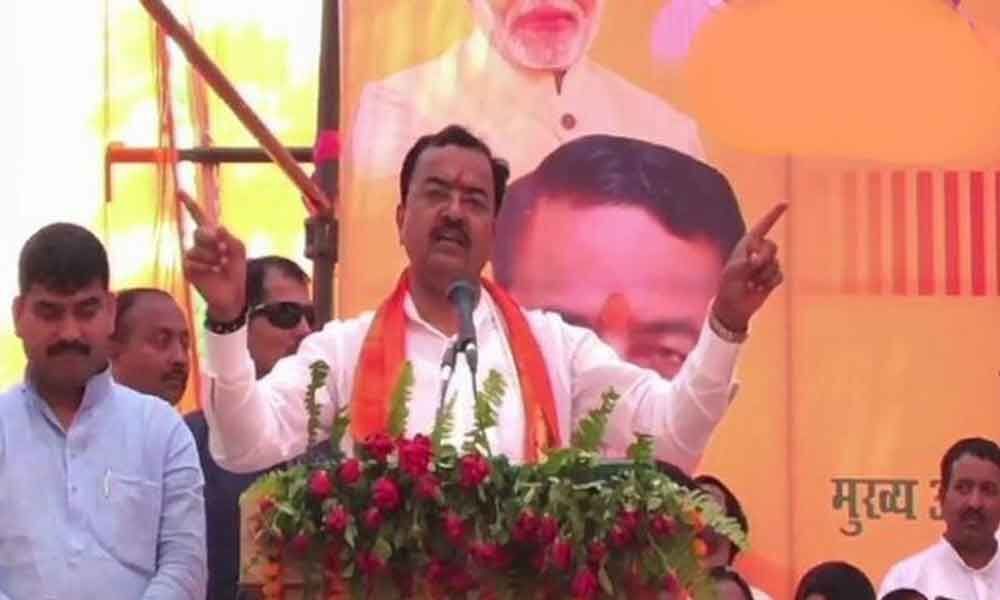 Criticising Congress he said, they are breathing through two seats- Amethi and Raebareli but this time there will be 'Lotus' on both of them

"I always say SP is a 'Samapt Party' and BSP is a 'Bilkul Samapt Party'," said Maurya here in an election rally. Criticising the Congress party, the Deputy Chief Minister claimed that his party will win both Amethi and Raebareli in Uttar Pradesh.

"You have already worked towards finishing off the Congress party in Uttar Pradesh. They are breathing through two seats - Amethi and Raebareli but this time there will be 'Lotus' on both of them," he said.

"It is Mayawati's anxiety that is making her say so. On one hand, you have 'nakli bhatija' (fake nephew) on other you have 'nakli bua.' (fake aunt). They are insulting the Prime Minister by using such language," Maurya had said while launching a scathing attack on SP chief Akhilesh Yadav and the BSP supremo.

Samajwadi Party (SP) founder Mulayam Singh Yadav is the only "real" backward community leader in the country and not a 'fake OBC' leader like Prime Minister Narendra Modi.

"There is no doubt that he (Mulayam) has joined people from all groups of the society under the SP banner. He does not come from a fake backward community like PM Modi, he is real OBC leader," she said while addressing a rally here on Friday.

Voting for the second phase of the Lok Sabha elections in Uttar Pradesh had concluded with a turnout of 67.55 per cent. The remaining 64 seats will go to polls in the next five phases of elections, and counting of votes will take place on May 23.