Should CJI be sitting in the bench to hear case against him? 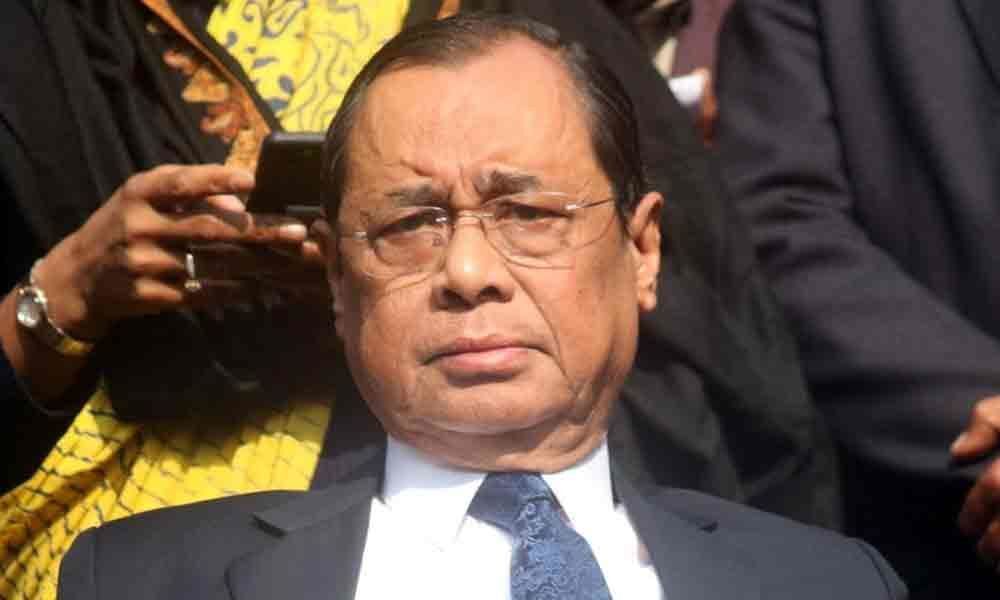 A senior law officer, who is aware of the development, said there was nothing wrong as CJI had made it clear that he will not be a part of the judicial order which would be passed by other two judges.

NEW DELHI: Should Chief Justice of India Ranjan Gogoi against whom sexual harassment allegations are levelled have heard the matter sitting in the bench? The question remains even though the CJI opted himself out midway in the hearing and left it to the other two judges, who were nominated to be a part of the bench, to take a call for passing the judicial order.

Some senior advocates agreed to speak on the issue but wished not to reveal their names.

A senior law officer, who is aware of the development, said there was nothing wrong in the CJI sitting in the three-judge bench as he had already made it clear that he will not be a part of the judicial order which would be passed by the other two judges of the bench.

The law officer said as judges cannot go to the press or communicate to the public, the "CJI wanted to justify himself" and "made the remarks while sitting on the bench which should be given publicity".

However, Justice Gogoi, before becoming the CJI, was part of the four senior-most judges of the Supreme Court to hold a controversial press conference on January 12, 2018.

Justice Gogoi along with Justices J Chelameswar, Kurian Joseph and M B Lokur, all three since retired, held the press conference, virtually revolting against then Chief Justice Dipak Misra by levelling a litany of allegations.

Another senior advocate said the CJI should have kept himself away from the bench as the allegations were against him.

"Ideally, I would have respected the CJI's move if he had not involved himself in the bench," he said, adding there was a need for taking the matter to the logical end.

An attempt was made to reach some of the former chief justices of India on the issue, but they said they did not want to be drawn into the controversy.

"It is for you people to find out what is the truth and do whatever you feel like, but I have nothing to say," a former CJI said.

Describing the allegations of sexual harassment against him as "unbelievable", Justice Gogoi convened an extraordinary hearing at the Supreme Court Saturday during which he said "bigger force" was behind it and he would not stoop too low even to deny these allegations.

In the hurriedly called hearing after the allegations cropped up, the apex court left it to the "wisdom of media" to show restraint and act responsibly so that independence of judiciary is not affected.