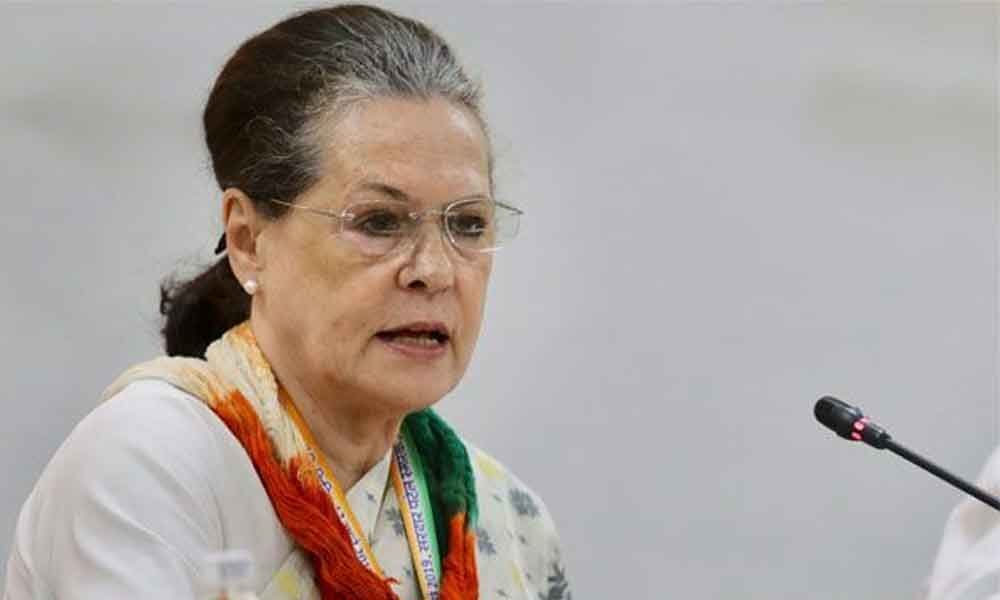 New Delhi: As the evening wore on into night, Sonia Gandhi's coterie trumped Rahul Gandhi's Young Turk to appoint her as the interim Congress president.

The Congress Working Committee (CWC) met for a second time on Saturday and accepted the resignation of outgoing party chief Rahul Gandhi before appointing Sonia Gandhi as the interim president of the party.

Sonia Gandhi had held the post of Congress president between 1998 and 2017 before her son Rahul Gandhi took over the reins.

Party leaders said that all the five sub-groups formed region-wise to choose the new Congress president had recommended Rahul Gandhi's name for the post, but the outgoing president refused to take the charge. The CWC members then recommended Sonia Gandhi's name as the interim party chief.

At the crucial meeting, the report of five regional groups formed for wider consultation on the issue will be placed, with sources saying there was a consensus on Rahul Gandhi continuing as party chief.

However, Gandhi had in the morning asserted that he would not take back his resignation, after CWC members unanimously urged him to reconsider.

As the CWC members met at around 9 pm at the AICC headquarters here, Rahul Gandhi did not initially join the leaders, but sources said he was expected to attend the meeting later.

During the wider consultation process involving state PCC chiefs, Congress legislature party leaders, AICC secretaries and party MPs, only a few suggested other names while a majority of them said the party will face desertions if Rahul Gandhi does not remain the leader.

Some even told Priyanka Gandhi Vadra to prevail upon Rahul to reconsider his May 25 resignation, the sources said.

The party's top decision-making body will discuss reports of five groups, formed earlier in the day, to scrutinise names of potential successor to Rahul Gandhi.

UPA chairperson Sonia Gandhi and Rahul Gandhi recused themselves from the consultation process saying they they cannot be part of it as they have been Congress presidents in the past and would not like the opinion of the party leaders to be influenced in any manner.

The CWC decided to have consultations with leaders from across the country and it was divided into five groups for different regions -- northeast, east, north, west and south.