Thakor Sena asks Alpesh to resign from Congress in 24 hours 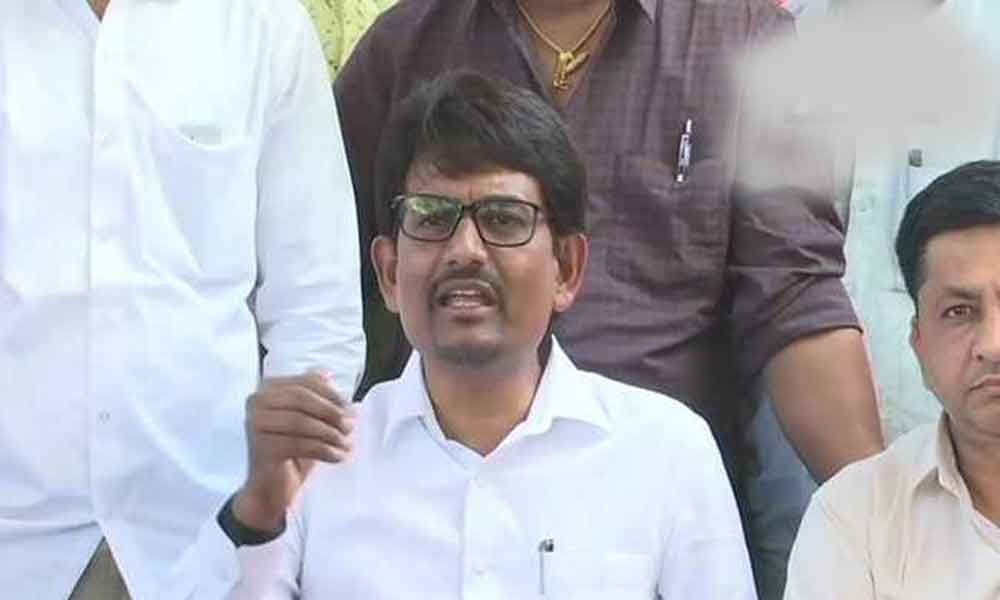 Speculations were rife that Thakor may quit the Congress as he was unhappy with the local party leadership.

Ahmedabad: The Gujarat Kshatriya Thakor Sena, an outfit floated by Congress MLA Alpesh Thakor, has decided to severe its ties with the grand old party and asked the legislator to resign from it and clear his stand within 24 hours.

Speculations were rife that Thakor may quit the Congress as he was unhappy with the local party leadership. Though he was keen to contest from Patan Lok Sabha seat, the Congress chose former MP Jagdish Thakor over him. The party also ignored Thakor Sena's demand for ticket to a member of the outfit from Sabarkantha Lok Sabha seat.

"The Thakor Sena, during the core committee meeting here late Tuesday night, passed a resolution to severe ties with the Congress. We have not consulted Alpesh Thakor before taking this decision," Jagat Thakor, a member of the outfit, told reporters here. "After the meet, we told him to make his stand clear within 24 hours. If he wants to remain with the Congress, then he has to leave the Thakor Sena. And if he wants to be with us, then he has to resign from the party and as an MLA," he said. The Congress was "ignoring" the Thakor Sena while taking important decisions, including selection of candidates for the Lok Sabha polls, he said.

Though Alpesh Thakor heads the outfit, he was not present in the meeting. After emerging as a prominent OBC leader in Gujarat, he joined the Congress before the 2017 Assembly polls and won from Radhanpur seat in Patan district. He recently met Congress president Rahul Gandhi and conveyed his displeasure against the functioning of the party's state leadership.

The OBC leader claimed his community and supporters were feeling "cheated" and "ignored". He also said that some "weak leaders" were at the helm of party affairs in Gujarat, an apparent reference to state party president Amit Chavda. The MLA could not be contacted for his comments in the matter.