The present method of counting VVPAT slips most suitable: EC to Supreme Court 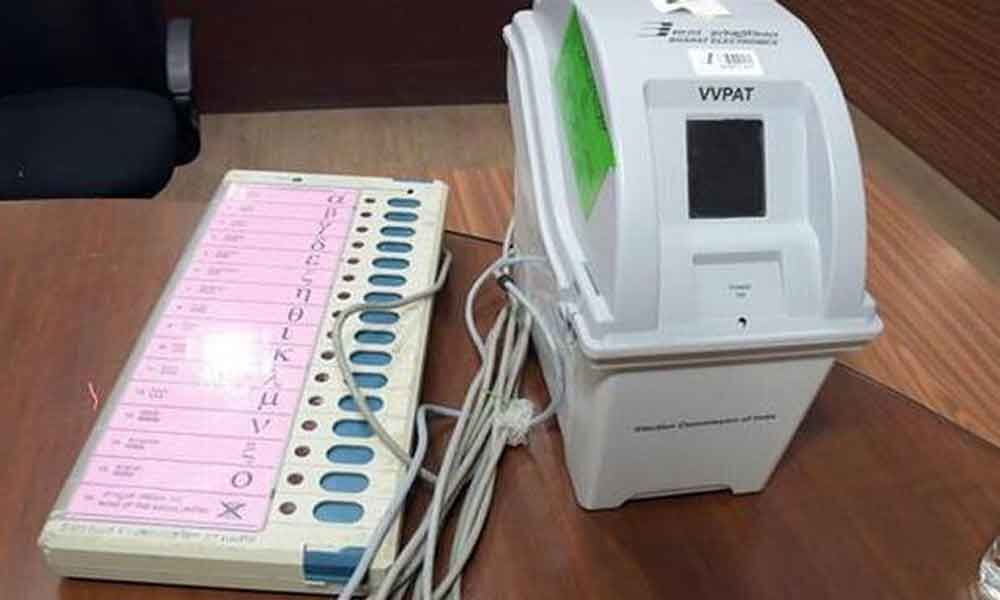 The poll panel justified the existing system of random counting of the VVPAT slips from one polling booth per assembly segment.

New Delhi: The Election Commission Friday told the Supreme Court that the present method of counting the VVPAT slips is the most suitable.

The poll panel justified the existing system of random counting of the VVPAT slips from one polling booth per assembly segment. The Election Commission, which was asked on March 25 by the apex court to give its view on increasing the number of random sample surveys from one booth per assembly segment, said in future elections, it may consider any suggestions which result in further improving the holding of polls in free and fair manner.

"It is submitted that with the imminent elections issues raised in the instant petitions are matters that have already been considered, studied and determined by the Election Commission of India and have since culminated in adopting the course of conduct of the imminent election in the present manner," the EC said in its affidavit.

It said the writ petition filed by 21 opposition leaders, led by Andhra Pradesh Chief Minister N Chandrababu Naidu, does not raise any ground or base for altering the existing system at this juncture.

The poll panel said the present system which is being adopted for the imminent elections be allowed to be continued as "it has been found to be most suitable". The poll panel currently adopts a system of counting of VVPAT slips in one polling booth per assembly constituency in the Vidhan Sabha polls and in one polling booth in each assembly segment for the Lok Sabha polls.

The affidavit was filed by the EC in a plea in which 21 opposition leaders sought that VVPAT slips of at least 50 per cent of voting machines in each assembly constituency be checked randomly in the Lok Sabha elections next month.