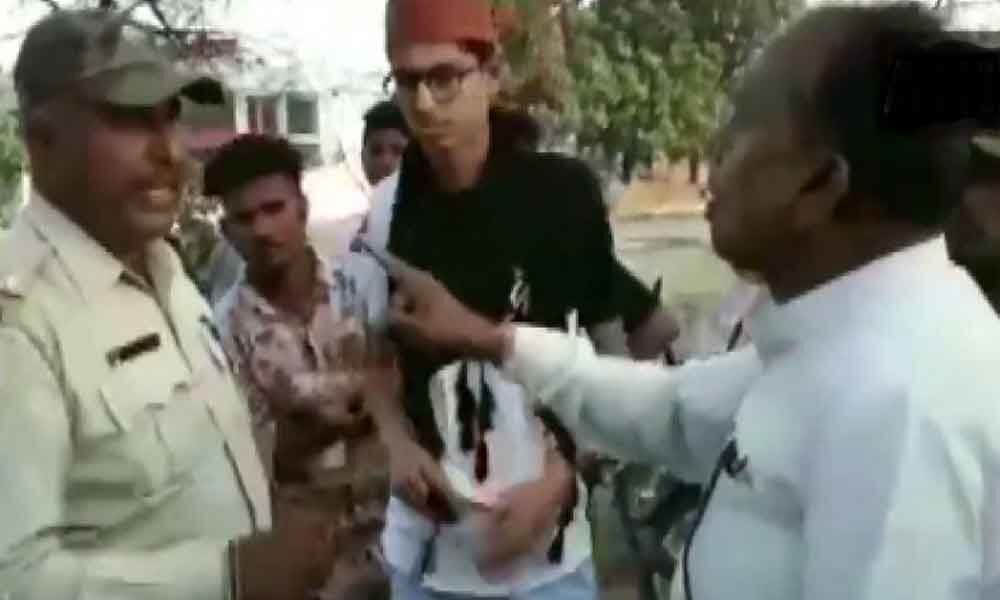 Jhabua: A Congress lawmaker argued with a police officer on Tuesday over a traffic penalty that was issued to a motorcyclist for triple-riding in Jhabua district of Madhya Pradesh.

In a video of the incident, which was circulated widely, Congress lawmaker from Thandla, Veer Singh Bhuria, was heard arguing with the police officer for issuing a penalty to the motorcyclist for violating traffic rules.

"For what would you penalise? This is Jhabua district and this will not happen here. Where do you live? You do this every day. I am observing it, you are troubling people," Veer Singh Bhurai was heard saying to the police officer in the video.

The police officer said the legislator should support law enforcement instead of opposing it.

"You are threatening me? Will you get me out of my job? Will you not let me live in this district? I am talking respectfully to you. This is our senior's orders. This is my duty and I am following orders," the police officer said.

A senior police officer in Jhabua said they will speak with the legislator over the incident.

"I have seen the video of the incident. Owing to an increase in vehicle theft, action is being taken against vehicle-owners who don't have a number plate or documents. The police officer was doing his duty. We will speak to the legislator and tell him people are not being inconvenienced," said Vijay Dawar, a senior police officer in Jhabua.