Water level in Chennai at zero 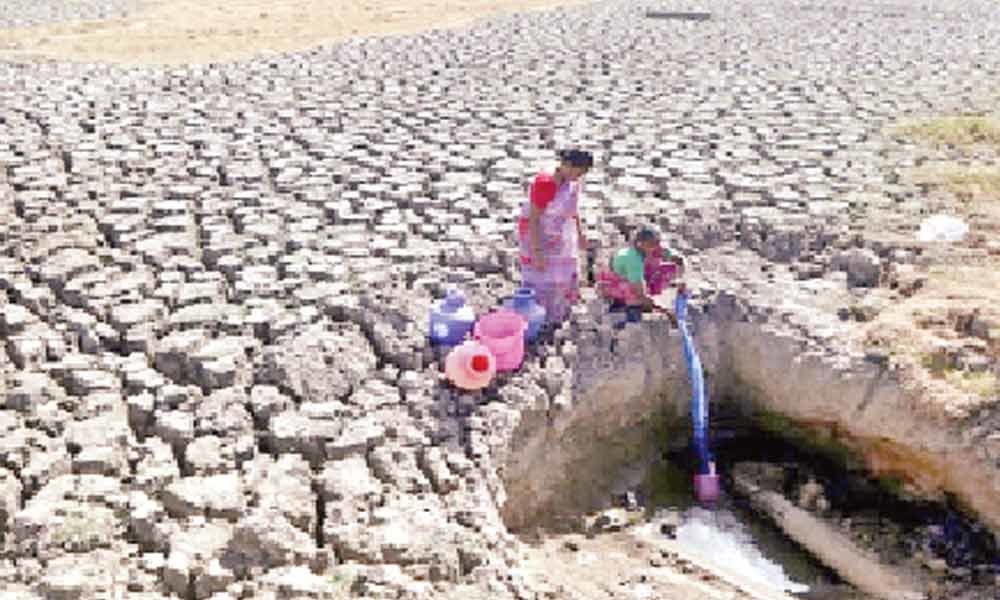 Chennai : The Tamil Nadu government plans to transport 10 million litres of water daily by rail from Jolarpettai in Vellore district to meet the water needs of parched Chennai.

Vijayan's office had on Thursday offered to supply 20 lakh litres of drinking water to neighbouring Tamil Nadu by train. Palaniswami said the state government had written to Kerala requesting whether it could release 20 lakh litres of water per day.

Reservoirs and groundwater have started to run dry in and around the city. The worst thing is all the four major reservoirs that are a major source of drinking water hold zero water level now.

Poor rainfall was the major reason. All four months of the Northeast Monsoon season has performed below average in the city as of now. The state of Tamil Nadu is running rain deficient by 44%

Earlier, at a meeting that he chaired in the Secretariat to take stock of the water situation in the state, Palaniswami ordered allocation of Rs 200 crore for drinking water schemes in Tamil Nadu. This is in addition to Rs 710 crore allocated earlier.

The special package assistance would be used to augment irrigation structures in drought-prone areas to address the agrarian distress and drinking water crisis, similar to the allocation made to Maharashtra, Panneerselvam said in the speech, a copy of which was shared with the media here.

Referring to the comments made by Chief Minister K Palaniswami at the NITI Aayog meeting chaired by PM Narendra Modi last week, Panneerselvam said he endorsed his (Palaniswami's) views and expressed hope that the budget would spell out appropriate strategies, supported with substantial increase in allocation of resources.