Whoever intimidates BJP cadre in Ghazipur will be buried: Union minister 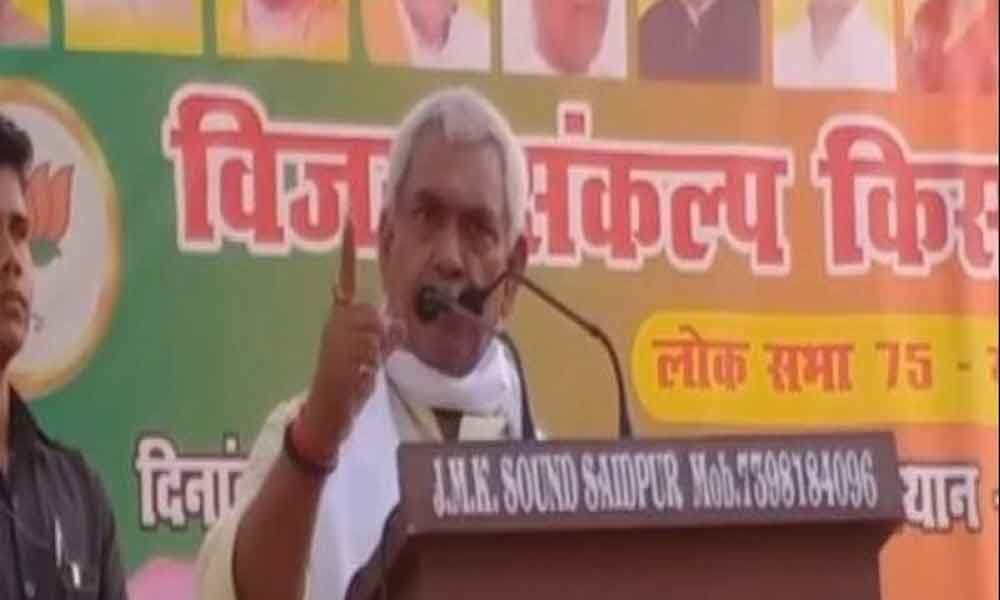 Sinha said, 'I want to assure you that if anyone points fingers towards BJP activist, finger will not remain intact after 4 hrs.'

Ghazipur: Union Minister Manoj Sinha has launched an open threat to opposers of Bharatiya Janata Party (BJP) workers, stating that a finger pointed towards his party workers will cease to exist after four hours.

Addressing party workers here on Thursday, Sinha said, "BJP activists are ready to destroy corruption and money earned by criminal activities. And I want to assure you that if any person points fingers towards a BJP activist, believe me, the finger will not remain intact after four hours."

"No criminal of the eastern region has the guts to intimidate any BJP activist within the limits of Ghazipur. And if anyone does, they will be buried in the ground," the minister told a gathering of BJP's farmer wing activists.

Uttar Pradesh Minister of state of urban development Girish Chandra Yadav, MLC Vishal Singh 'Chanchal' were among the senior leaders and party functionaries who were present at the meeting.

Sinha is seeking re-election from Ghazipur parliamentary constituency. He is up against SP-BSP-RLD alliance candidate Afzal Ansari, the brother of Mukhtar Ansari, who is serving sentence in Uttar Pradesh's Banda jail in connection with various criminal cases.

Voting for Ghazipur Lok Sabha seat will be held on May 19 in the seventh phase of polling. Counting of votes will take place on May 23.