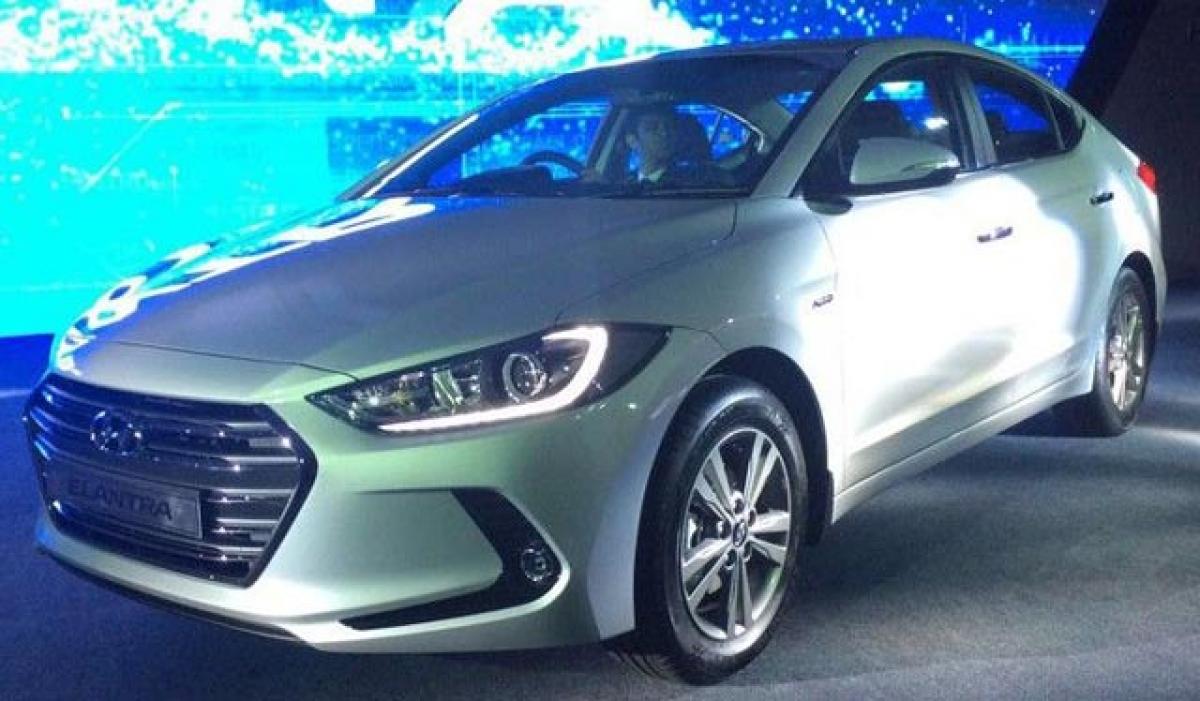 The sixth generation Hyundai Elantra goes on sale in nine variants. It gets an all-new petrol engine while the diesel is an updated version carried...

The sixth generation Hyundai Elantra goes on sale in nine variants. It gets an all-new petrol engine while the diesel is an updated version carried over from the previous generation.

Hyundai Motor India has updated its product portfolio in the Indian four-wheeler market by launching the sixth generation Elantra. Available in nine variants, the base petrol variant has been priced at Rs 12.99 lakh while the top-spec diesel automatic carries a sticker price of Rs 19.19 lakh (both ex-showroom, New Delhi).

The new Elantra gets a complete makeover as it comes with Hyundai’s new Fluidic Sculpture 2.0 design language. The car's body lines are now sharper and crisp, giving it a modern look. It gets a bold hexagonal grille with horizontal slats flanked by sleek HID headlamps.

The car also features LED daytime running lights (DRLs), new 16-inch gun metal finish alloy wheels and wide LED tail lights. Dimension-wise, the new sedan is longer and wider as compared to its predecessor and has been built on a new platform.

Inside the cabin, the new Elantra comes with all black interiors with a long list of features such as an eight-inch touchscreen infotainment system (with USB, AUX-In, Bluetooth, Apple CarPlay and Android Auto), leather upholstery, dual-zone climate control and electric seats with ventilation for the front. Other features include steering-mounted controls, smart key with push-button start, safety escort headlamps and the Smart Trunk function.

Under the hood, the new Hyundai Elantra is being offered with an all-new petrol engine while the diesel has been carried over from the previous generation. The petrol is a 1999cc motor that produces 152PS of power and 192Nm of torque. The diesel, on the other hand, is the same 1582cc mill that has been tuned to develop 128PS of power and 260Nm of peak torque.

Both engines come with an option of a 6-speed manual and a six-speed automatic gearbox. In the D-segment, the newly launched 2016 Hyundai Elantra will compete against the likes of the Chevrolet Cruze, the Toyota Corolla Altis, the Volkswagen Jetta and the Skoda Octavia.