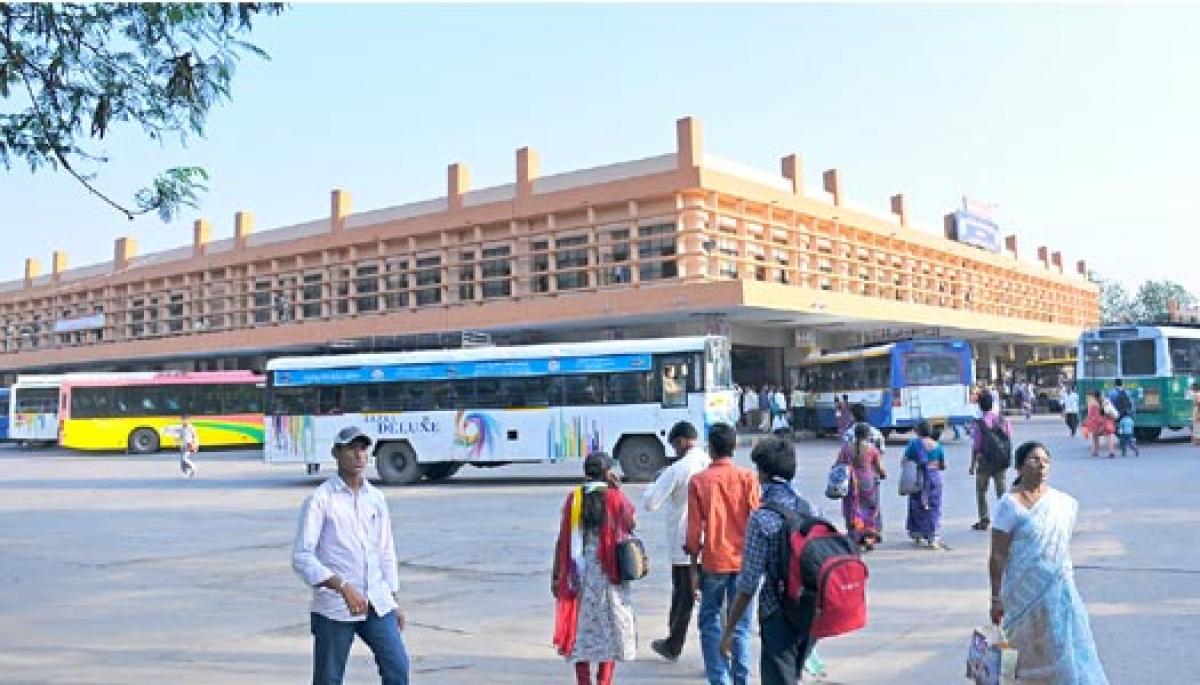 Amaravati: The APSRTC has decided to develop NTR Bus Stand in Guntur on the lines of Pandit Nehru Bus Station in Vijayawada in a phased manner to get capital look to the bus stand.

As a part of the plan, RTC management sanctioned Rs 40 lakh for the development of the bus stand.

The CC cameras will be interlinked to a control room, which will be monitored by an official in the RTC bus stand. In case of need, they will alert the police at outpost to take further action.

The NTR Bus Stand will be developed before Krishna Pushkarlu. The RTC officials have decided to operate more bus services to Velagapudi for the convenience of the employees to be shifted to temporary Secretariat. At present, the RTC is plying a bus to Velagapudi for every 30 minutes.

As soon as employees will be shifted to temporary Secretariat, they will operate 80 additional bus services between Guntur and Mangalagiri.

Similarly, RTC is ready to operate Volvo, Garuda and Garuda Plus bus services for the convenience of the employees going to Hyderabad from temporary Secretariat on weekends.

The RTC has provided online reservation facility from Tullur RTC Bus Stand. They are seeking a place to park the buses near the temporary Secretariat and other government offices in Guntur.

The regional manager said they were expecting 20 city bus services soon. “We will keep some buses near Pushkar Nagar for the convenience of the pilgrims,” he added.