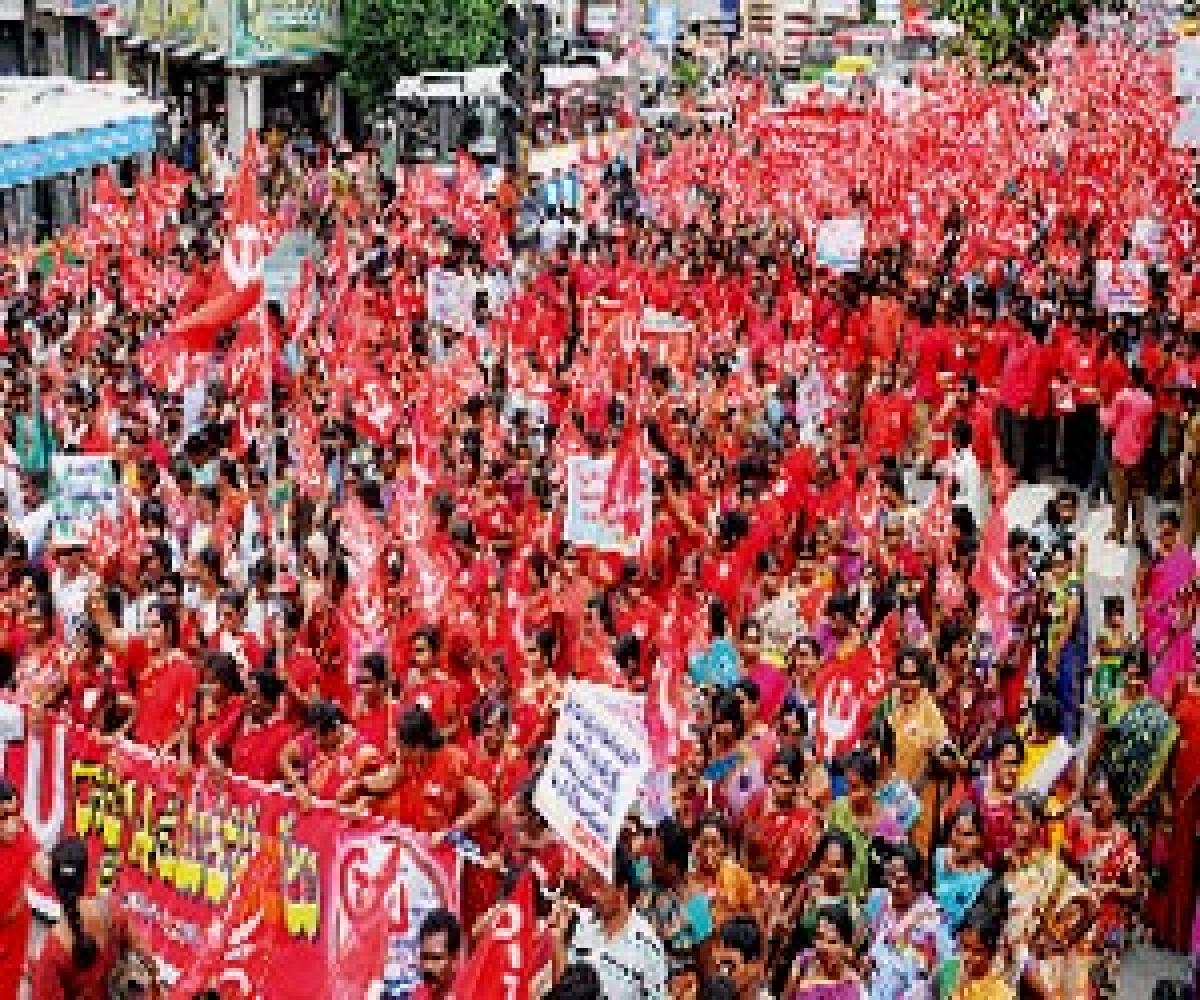 Vijayawada: Thousands of CITU members and activists from all over Andhra Pradesh and parts of Telangana participated in the mega rally taken out from Tummalapalli Kalakshetram to BRTS road on Sunday, to mark the 14th CITU State-conference to be held at Vedika function hall near Benz Circle in the city from June 27 to 29. For the first time, Andhra Pradesh is hosting the CITU conference after the bifurcation of the State.

Hundreds of artistes raised slogans in support of CITU and denouncing the ‘anti-people’ policies of the State and Central governments. A folk dance troupe from Paderu agency area of Visakhapatnam has cheered the CITU members with their folk dances and songs. Another troupe of artistes from Chintur area of Bhadrachalam area of Telangana has also participated in the rally. Another troupe of tribal artistes in the attires of Koyas joyfully participated in the rally. Some artistes have performed street shows highlighting the pro-corporate policies of the Narendra Modi and Chandrababu Naidu governments. The rally passed via Beasant road, Vijaya talkies, Seetarampuram and finally reached BRTS road whera e massive public meeting was organised by the State unit of the CITU.

The one-km BRTS road turned red with thousands of volunteers including women occupied the road to hear the speeches of CITU national and State leaders. Luckily, there was no rain during the meeting. The organisers heaved a sigh of relief with smooth conduct of meeting. Finally, the city got a beautiful place to host big meetings.