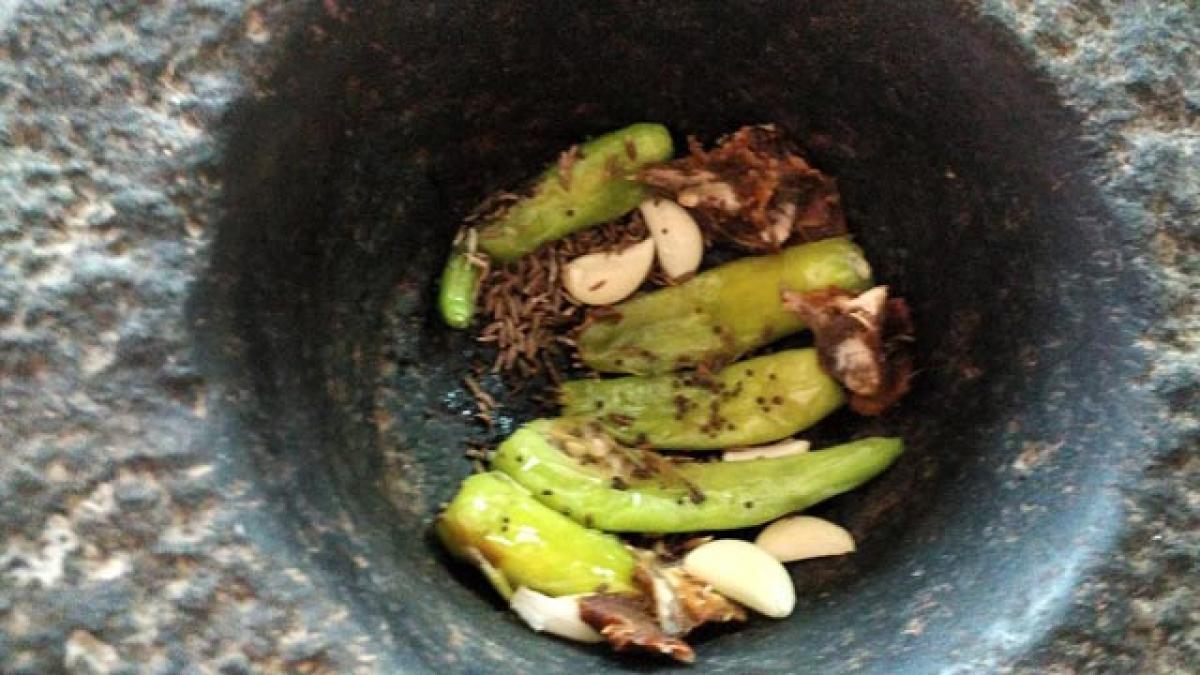 At a time when traditional ways of cooking has been replaced with modern electronic gadgets like mixers and grinders, here is a man who is trying to publicise the importance of certain traditional methods of preparing chutneys.

Vizianagaram: At a time when traditional ways of cooking has been replaced with modern electronic gadgets like mixers and grinders, here is a man who is trying to publicise the importance of certain traditional methods of preparing chutneys. While many men prefer to spend their time with their friends or do nothing after retirement, Vasireddy Venugopal keeps himself busy in experimenting newer ways of making tasty chutneys using stone grinder (rubburolu).

The present day mixies and grinders cannot give the nautral taste. Chutneys prepared using stone grinders not only retain the special flavor but also taste very good, says Venugopal. The only hitch in preparing chutneys using stone grinder is it is time consuming. But the taste is unbeatable and even master chefs have admitted this fact, according to Venugopal.

Even normal food cooked in traditional manner with traditional masalas tastes different rather than the food cooked using gas stove or kerosene stove but then in the present day it is not possible to expect people to opt for such methods of cooking as they have no time or patience. Venugopal, who lives in Hyderabad prepares around 30 types of chutneys by using grinding stone. He frequently invites his friends and colleagues to his home and serves them lunch or breakfast with different types of chutneys.

He says he prepares the chutneys with jack fruit nut, cucumber, bitter gourd, goose berry, drum sticks, coconut, raw mango, carrot, ridge gourd beetroot, tomato, brinjal, garlic and many other vegetables using the grinding stone. He himself gets the vegetables from the market and selects the special ingredients which bring more spiciness to the chutney.

Later, he prepares masala and roasts them in a pan and crushes them by using a wooden pounder (rockali banda) in a grinding stone. He says like many he does not keep the recipe a secret and shares with all those who evince interest in preparing chutney the natural way. Some of his friends who are abroad and had earlier tasted the chutney contact him through skype.

Talking to The Hans India Venugopal said, “This is my hobby and I want to publish a book on Mana Roti Pacchallu and will explain how different chutneys can be made traditionally.” These chutneys will add taste to various varities South Indian snacks such as dosa, idly, pesarattu, ootappam, puri etc, says Venugopal.