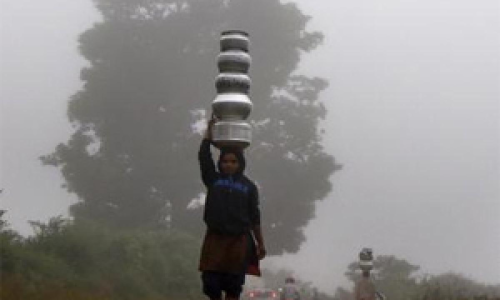 International Day of the World’s Indigenous People is observed on August 9 every year to promote and protect the rights of tribals. For indigenous people, self-determination or autonomy is their privilege for exercising their socio, cultural, economic and political rights. However, the colonial nature of the politico-bureaucratic apparatus is negating their rights.

International Day of the World’s Indigenous People is observed on August 9 every year to promote and protect the rights of tribals. For indigenous people, self-determination or autonomy is their privilege for exercising their socio, cultural, economic and political rights. However, the colonial nature of the politico-bureaucratic apparatus is negating their rights.

The term ‘indigenous’ seems to have turned into a contentious issue for the Central government. It may be recalled that the Indian representative, who attended the International Labour Organisation (ILO) Convention 169 in 1989, declined to accept terms such as self-determination, sovereignty and rejected the indigenous status to tribal people and idea of integrated approach.

India is a traditional habitat for 700 tribal groups and 10.43 crore population forming 8.6% of total India’s population as per 2011 census. Tribal population in India constitutes second largest tribal population in the world, next to Africa. Tribal areas were to a large extent self governing prior to the British Colonisation.

However, more than 50 percent of the land slipped into the hands of non-tribals in Andhra Pradesh and Telangana. Bhuria Committee Report 1995 observed that land dispossession had not been confined to private parties, but also the State was depriving them of the basic means of livelihood in the name of economic development.

When around 300 million Adivasis depend on the forest lands in India, the States are handing over the forest lands for industries and promoting plantation forestry instead of natural species which do not provide livelihood to Adivasis.

The recently passed Compensatory Afforestation Fund Bill 2016 by the Parliament supports industrial interests in forest and dilutes the Forest Rights Recognition Act 2006 which was enacted in recognition of their rights over forest land and community forest resources for remedying historic injustice done to Adivasis and other traditional forest dwellers.

Similarly, PESA Act 1996 aims to ensure tribal self-autonomy in local governance. However, the Telugu States virtually failed to operationalise it in order to continue bureaucratic control over tribal areas. People-centric governance in tribals areas is essential for containing Left-wing extremism, and can be brought about through the implementation of PESA in letter and spirit, as per the document of Planning Commission of India 2008.

The Governor has allegedly failed to attend his constitutional duty to protect the interest of tribal people under Article-244 of Fifth Schedule of the Constitution and provide effective remedy to the problems of Adivasis.