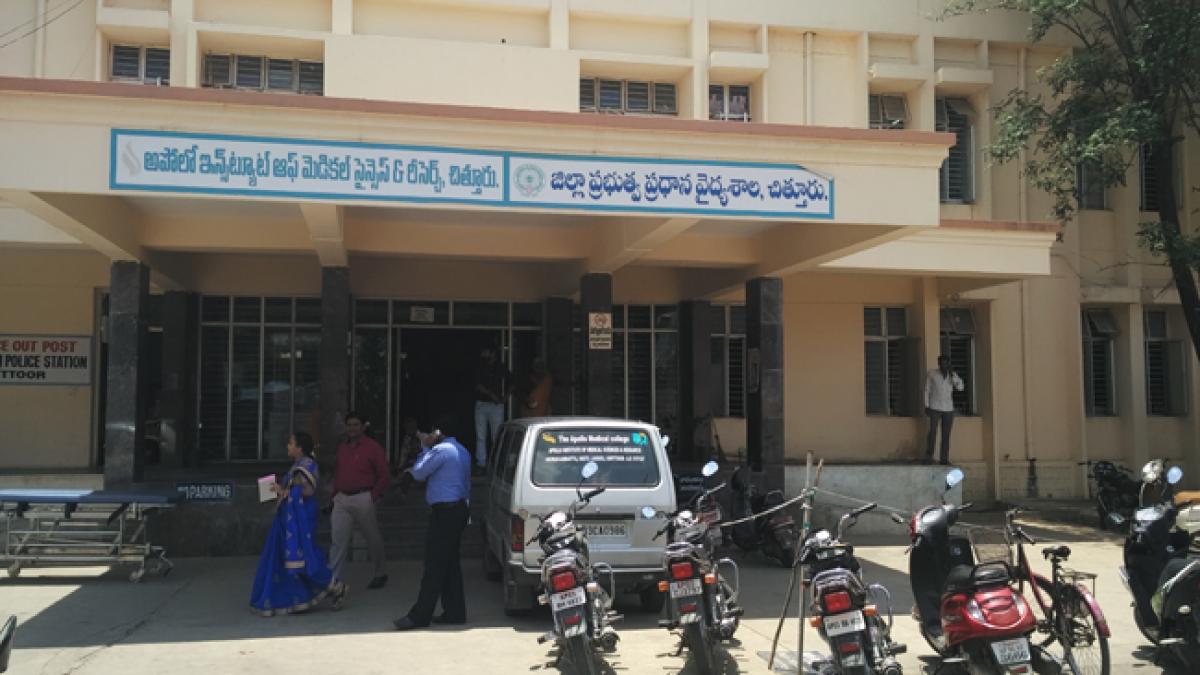 Unmoved by stiff resistance from doctors, political leaders and public, the state government was resolved to shift district headquarters hospital to Madanapalle.

Chittoor: Unmoved by stiff resistance from doctors, political leaders and public, the state government was resolved to shift district headquarters hospital to Madanapalle.

To set up a medical college in Chittoor, the government hospital was handed over to the Apollo Group of Hospitals three years ago on a clinical attachment basis for 33 years. Andhra Pradesh Vaidya Vidhana Parishad (APVVP) has issued orders for shifting 300-bedded government hospital to Madanapalle.

Government doctors working in the Chittoor Government Hospital are vehemently opposing the handing over government hospital to a private institution. The controversy is resulting in severe inconvenience to patients as there was no coordination between the government doctors and doctors appointed by the Apollo.

Higher officials of the APVVP made vain efforts to sort out issues between the government and Apollo doctors. Moreover, the APVVP doctors were annoyed as the government has made it clear that they should work under the control of the Apollo Hospitals.

Speaking to The Hans India here on Wednesday, Dr Paul Ravi Kumar, district convenor of the AP Government Doctors Association, has said it was not right on the part of the government to hand over government hospital for a private company.

“The Apollo doctors and staff are using our buildings, medicines, infrastructure and other facilities in government hospital in Chittoor. Why the government should hand over a hospital to Apollo when it has full-fledged infrastructure,” he questioned.

Asked to comment over the row, CPI district secretary A Rama Naidu said that his party would oppose the shifting of government hospital from Chittoor to Madanapalle.