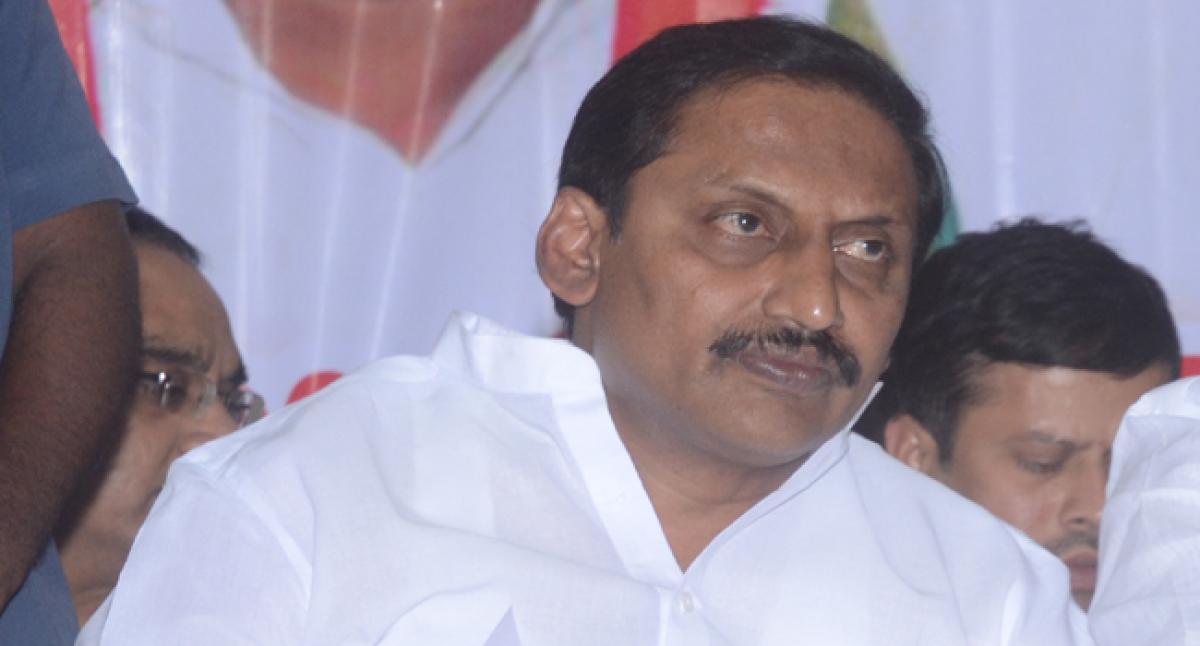 Hyderabad: Former chief minister of united Andhra Pradesh N Kiran Kumar Reddy is scheduled to meet Congress supremo Rahul Gandhi in Delhi on Friday amidst reports that he would be returning to party fold after a gap of more than four years. Reddy arrived in Delhi on Thursday and his appointment with Rahul Gandhi is scheduled at 11.30 a.m.

Newly appointed party's AP in-charge Oomen Chandy, who has been tasked to get in touch with all those leaders who had left the party after it received a mortal blow in elections in 2014 and persuade them to return home, met Kiran Kumar Reddy in Hyderabad along with former Union minister MM Pallam Raju. They invited him to rejoin the Congress since the party was in need of leaders of stature to resurrect it from ashes.

Kiran Kumar Reddy, after the party's debacle in 2014 elections, disappeared into thin air, after he went down fighting against the Congress high command's decision to divide the state.

Though he was the chief minister then, he fearlessly fought with the party president Sonia Gandhi but could not cut much ice with her. But his fight and his arguments against bifurcation of the state had earned him quite a number of fans in Andhra Pradesh. In fact, if any Congress leader has any following worth calling in AP, it is Kiran Kumar Reddy only for his valiant struggle to keep the state united.

According to sources, the party wants leaders of the likes of Kiran Kumar Reddy since it wants to project an image that it is may be down now but is not out yet. The leaders hope that the party would slowly gain in strength and though it may not come to power in AP in the next elections, it could become battle-ready by 2024 elections.

They think that the Congress' prospects now are bright in winning the Lok Sabha elections and this would have a domino effect on the Congress in AP, making it more and more acceptable to people in the wake of the TDP launching a fight agianst the BJP for denying special category status which was in fact promised by Congress Prime Minister Manmohan Singh in Rajya Sabha at the time of passage of AP State Reorganisation Bill in 2014.

At the moment, the party honchos wonder whether it would be possible in the next few years if the party could emerge as No:2, replacing the YSRC, assuming that the TDP would come to power once again. They want the YSRC to lose in the 2019 elections since YSRC would not be able to withstand two successive defeats and might suffer a molecular disintegration, paving the way for the Congress to piggy back to at least No 2 position.

In this scheme of things, Oomen Chandy had been tasked to hold talks with the prodigal sons of the Congress, mainly Kiran Kumar Reddy who is also keen on imparting some momentum to the party by persuading those who were close to him to come back to the Congress fold.