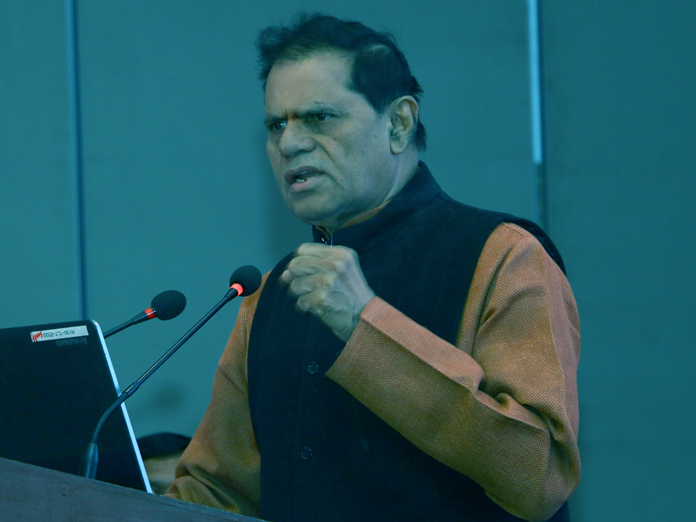 The roadshow is a part of a series of roadshows organised across India by PNGRB and witnessed participation from the senior government officials, oil and gas companies, trade associations and industry.

At present, CGD authorisation has been given by PNGRB in 5 GAs in Andhra Pradesh covering the districts East Godavari, West Godavari, and Krishna. Now, another three districts Srikakulam, Visakhapatnam, and Vizianagaram were covered in 9th CGD bidding round.

While inaugurating show, T Subbarami Reddy, Chairman, Committee on Subordinate Legislation Rajya Sabha, mentioned that the focus on City Gas Distribution Networks by PNGRB would play a major role in providing clean, safe and environmentally friendly fuel to people of the country.

Efforts are being made to not only increase the use and supply of gas but also to produce gas through agro-wastes and other products and include the same into the CGD network. He congratulated PNGRB on this initiative and sought active participation of investors across the State for the 10th CGD bidding round.

Dr S S Chahar, Member (Legal), PNGRB stated that after 10th CGD bidding round, 10 out of 13 districts of Andhra Pradesh would be covered for city gas distribution network. This would further enhance the economic and industrial development in these districts and the consumption of an economical & efficient source of fuel.

S C Gupta, Deputy Advisor, PNGRB informed that, as part of wider ‘Energy Security’ programme, the Government of India has set a goal to reduce 10 per cent of crude oil imports by 2022.

Pursuing the target, PNGRB envisions to create a vibrant energy market with rapid and orderly growth through the facilitation of flow of investments into various components of oil and gas sector with the current focus on expanding the natural gas markets through CGD networks.