Benefits handed over under Adarana 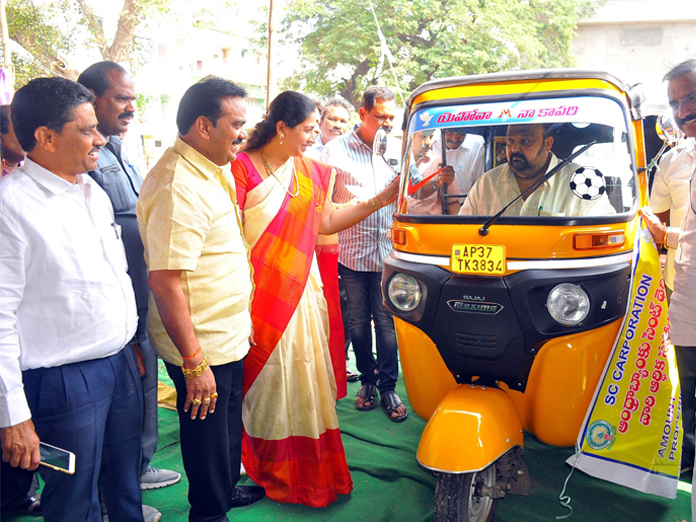 Speaking on the occasion, the leaders revealed that the government was committed for the welfare of BCs. It was introducing many schemes for their uplift.

The recent decision of Chief Minister N Chandrababu Naidu to form separate corporations for different communities in BCs was an example to explain the government’s intensions.

The leaders distributed sewing machines, autos and other things to the beneficiaries under the scheme.

The party was considering the idea of providing political reservations to BCs in future, they said.