No water for 50K acres in unauthorised ayacut 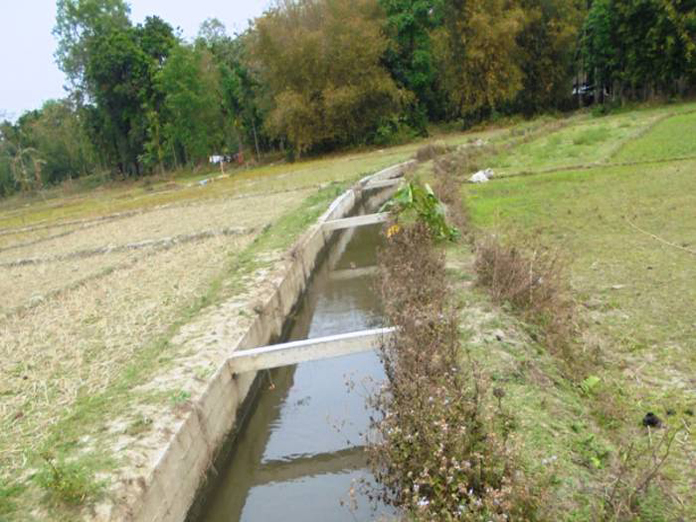 Despite officials warned farmers not to cultivate more than the approved by IAB, farmers raised crop in 50,000 more acres as political leaders promised them to supply additional water

Nellore: Despite officials warned farmers not to cultivate more than the approved by IAB, farmers raised crop in 50,000 more acres as political leaders promised them to supply additional water.

It may be recalled that the district witnessed around 60 per cent of deficit rainfall this year and the Irrigation Advisory Board (IAB) had agreed to release 31 tmcft of water to 3.21 lakh acres. In 2017, the allocation was 51.25 tmcft of water for 4.92 lakh acres.

Officials categorically warned the farmers that the allocation is only for 3.21 lakh acres and there would be no additional water release in case of unauthorised ayacut. They also made an appeal to them to go for crops that consume less water keeping in view of the water shortage.

However, farmers cultivated an additional 50,000 acres, who are now facing water scarcity. Consequently, cultivation in unauthorised ayacut under Somasila reservoir had augmented to 50,000 acres during the current season.

A senior official from the Irrigation department said that they had created awareness among farmers on existing water levels in the reservoirs in the district and also consequences in case of violation.

Some farmers started cultivating in unauthorised ayacut, who would now face troubles and have to lose the crop in case of non-availability of water. Farmers have to cultivate only in authorised ayacut keep in view of water levels in reservoirs, he stated. Authorities have released water for irrigation from Somasila reservoir to North and South canals last month.

Farmers said that some ryots were encouraged by some local political leaders in the area, who failed to consider water levels and need of water for protecting crops, said G Narasimhaiah from Kaluvoya mandal.

Even though, rainfall situation improved from 60 per cent deficit to 54 per cent deficit which is practically not useful for farming sector in the district this year. Administration also clearly warned on repercussions in case go beyond the approved area due to shortage of water. Agriculture Minister Somireddy Chandramohan Reddy announced that they had brought 48 tmcft of water from Krishna river this year to the district.

Further, the State government allocated Rs 1,993.59 crore for phase-2 works of Somasila High level left canal and works are being taken up with Rs 785 crore during the first phase. This fund would be utilised for 3 balancing reservoirs, gravity canal, CC lining, lifts, pumps and others which would enable water for 47,000 acres in upland areas such as Udayagiri, Duttaluru, Vinjamuru, and Marripadu mandals.