Police on toes as Assembly session begins in Guntur district 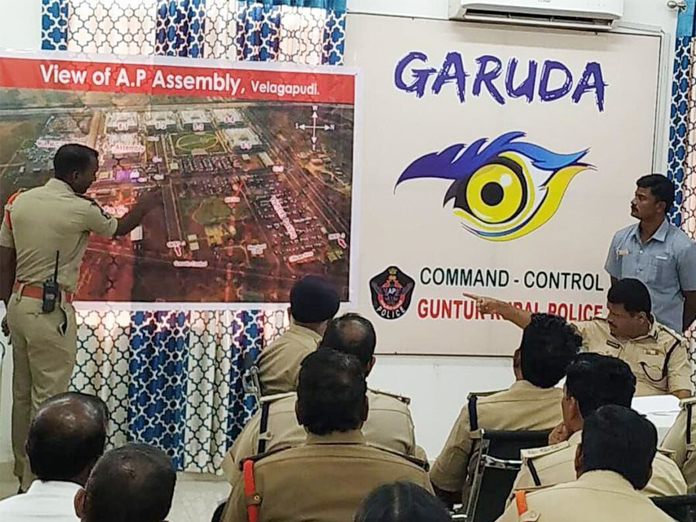 Guntur: Rural SP SV Rajasekhara Babu directed the officials to take all the precautionary steps to avoid untoward incidents in the backdrop of beginning of Assembly session from Wednesday.

He conducted a review meeting in the Garuda control room at Assembly on Tuesday.

Speaking on the occasion, he directed the officials to take precautions while discharging security duty at Assembly.

He instructed them to provide full security to the VVIPs and take steps to avoid traffic jams on Assembly surroundings.

He instructed them to keep strict vigil at Assembly and surroundings. He asked them to ensure no problem arise in parking of the vehicles at Assembly.

He said that the officials will use drones to know situation around the Assembly.