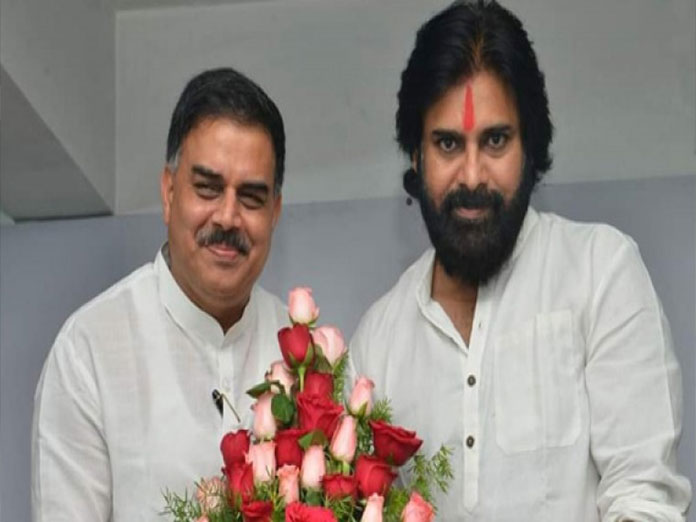 Jana Sena leader Pawan Kalyan announced his party leader Nadendla Manohar as party candidate from Tenali assembly constituency in the upcoming elections. The second in command in the party was elected MLA twice from the same constituency before the bifurcation of Andhra Pradesh.

Manohar will have to fight against TDP sitting MLA A Rajendraprasad and YSR Congress candidate B Shiva Kumar in the ensuing elections.

Earlier, Pawan had plans to depute Manohar to New Delhi as party representative in national politics. Since his services are required in the state, the Jana Sena leader decided to field him from Tenali.