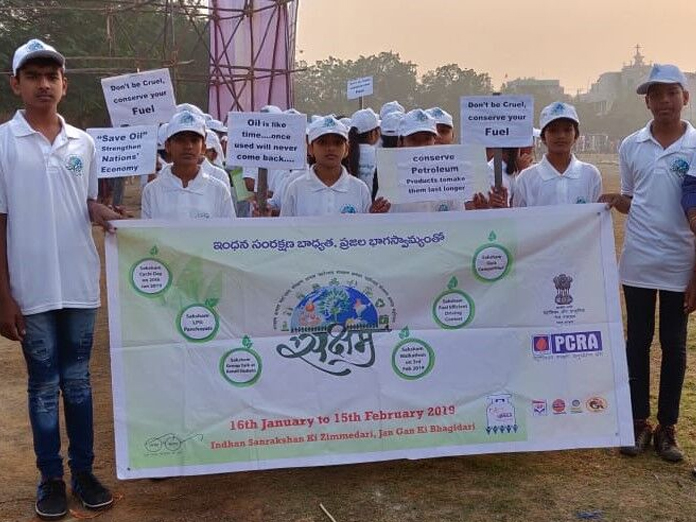 As part of the mass awareness programme, the Statelevel Coordinator SLC for Oil Industry, AP has organised Saksham 2019 Walkahon at Makineni Basavapunnaiah Stadium here on Sunday

Welcoming the gathering, the SLC GKKV Umashankar, stressed on the need to conserve petroleum products and advised the users of petroleum products in every segment to efficiently use the fuels which would result in preserving the scarce natural resources to some extent.

School Principal B Suresh Kumar administered the conservation pledge to the students and urged them to follow simple steps like pooling of vehicles, using of bicycles, public transport, walking short distances instead of using two wheelers.

Such measures would go a long way in saving fuel and thus protect the environment and also the nation’s economy.

The students and the participants carrying placards with conservation messages marched around the stadium raising slogans on the importance of conservation so that the message reaches the masses.

The officials who participated in the walkathon include Pranith Varma, deputy executive engineer, Irrigation and PVK Bhaskar of HPCL.