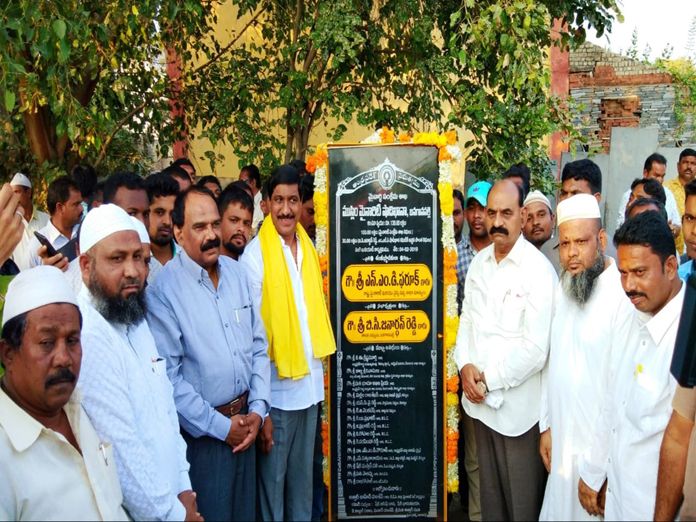 Kurnool: Minister for Medical & Health and Minority Welfare NMD Farooq said on Monday that the State government is committed to welfare of Muslims.

Speaking on the occasion, Farooq stated Chief Minister N Chandrababu Naidu is striving to uplift the Muslim community on all fronts. The Minister recalled that former Chief Minister N Taraka Rama Rao was the only Chief Minister, who had introduced several welfare schemes for Muslims.

He lauded the efforts of local MLA for his selfless service to develop the constituency. He appealed to people to support Janardhan Reddy in the ensuing elections. Another shaadikhana would be constructed at Koilkuntla, the Minister said.