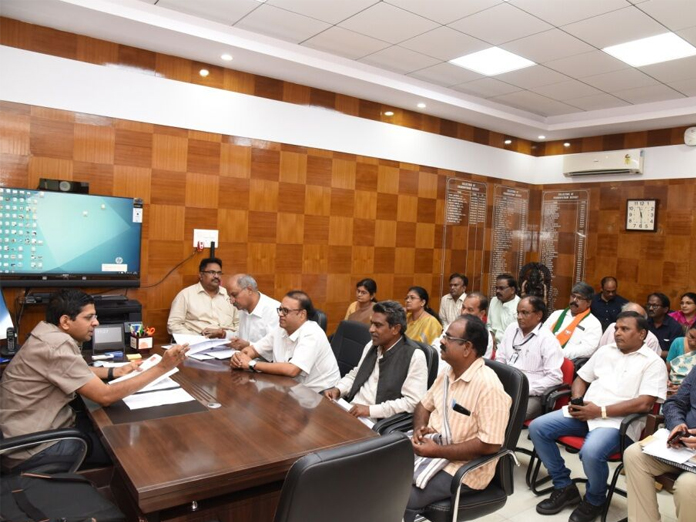 Visakhapatnam: Collector K Bhaskar informed that all eligible persons could enroll their names in the electoral lists till the last date for filing nominations in the coming general elections.

The collector called upon the political parties, NGOs and others to ensure every eligible person should enroll their names in the electoral lists.

The Collector convened a meeting with all political party representatives here on Saturday and informed them to take responsibility to ensure maximum numbers of eligible persons to enroll their names in the electoral lists.

The collector informed them that one could call on 1950 to register their complaints on the issue of electoral lists and added an exclusive mobile app would also be launched shortly.

Some party leaders alleged that the names of some eligible voters have been deleted from the electoral lists recently. Responding on the issue, the collector asked the parties to submit the list of names and he assured that he would conduct enquiry on the issue and take necessary action immediately.

“Once the eligible voters’ names deleted from the lists, the names with other details should be submitted in the form-6,” he said. “The administration is arranging a system to check the names in electoral lists.

At all polling booths, one computer will be arranged with complete electoral lists and one can check their names. For the physically challenged persons, a special mark also will be noted in the list,” Bhaskar said.

Stating that there were 4,052 polling booths in the district, he said 83 polling booths were in the first floor of building and added 83 poll stations would also be bringing to ground floor.