Chandrababu Naidu to lay stones for various works on March 2 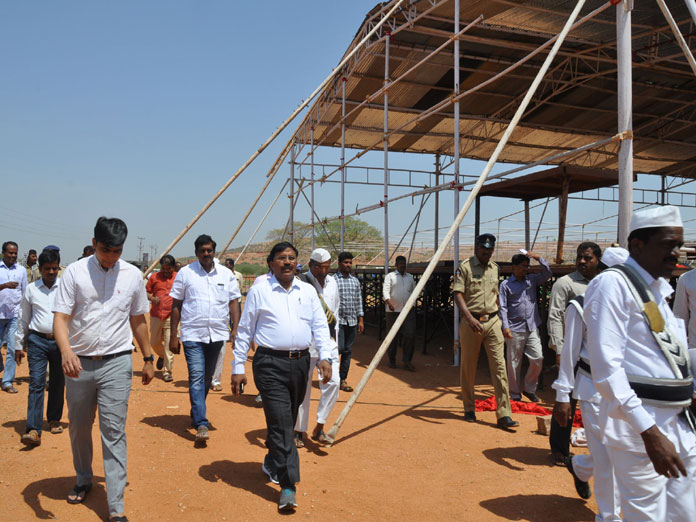 On Wednesday, District Collector S Satyanarayana, Joint Collector P Ravi Subash and other officials inspected ongoing arrangements for a public meeting to be addressed by Chandrababu on the outskirts of Kodumur on March 2.

The Collector instructed officials of the Roads and Buildings (R&B) Department to lay gravel road from helipad to public meeting venue. He directed them to arrange the foundation stones near the meeting spot. Satyanarayana also made some suggestions on seating arrangements and vehicle parking. RDO Venkateswarlu, Kodumur Tahsildar and other officials were present.