Galla welcomes Modugula to contest against him from Guntur LS 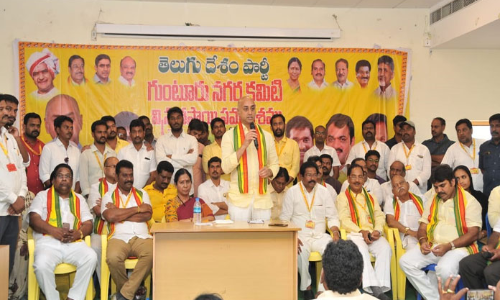 Addressing the TDP leaders meeting held in the city on Thursday, he said Modugula Venugopala Reddy never given due respect to him and never consulted him in sanctioning houses and in constituting the committees in the constituency.

He said his photo was not printed on the flexies set up at the meetings during the 2014 Assembly elections. Based on his recommendation, Chief Minister N Chandrababu Naidu given ticket to Modugula Venugopala Reddy and contested in the election.

The MP said that with the cooperation and support of his followers, the latter won in the Assembly election without spending money. He warned that voters will teach a lesson to the YSRCP and BJP in the coming elections.