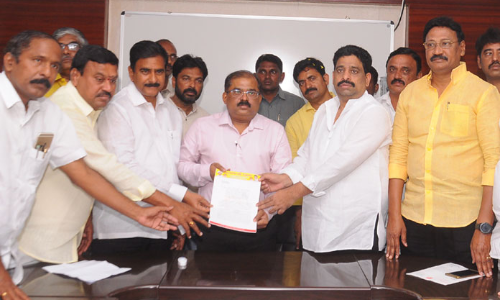 The minister alleged that Telangana Chief Minister K Chandrasekhar Rao was involved in the voters removing plan. The TRS implemented the same illegal practice during the last elections in Telangana by deleting 24 lakh votes to win the elections. Now the YSR Congress made plans to remove nearly 54 lakh votes in the State following the direction of TRS leadership.