New Delhi: Luxury car manufacturer Maserati has announced its renewed interest in the Indian market and decided to re-launch the dealership model. 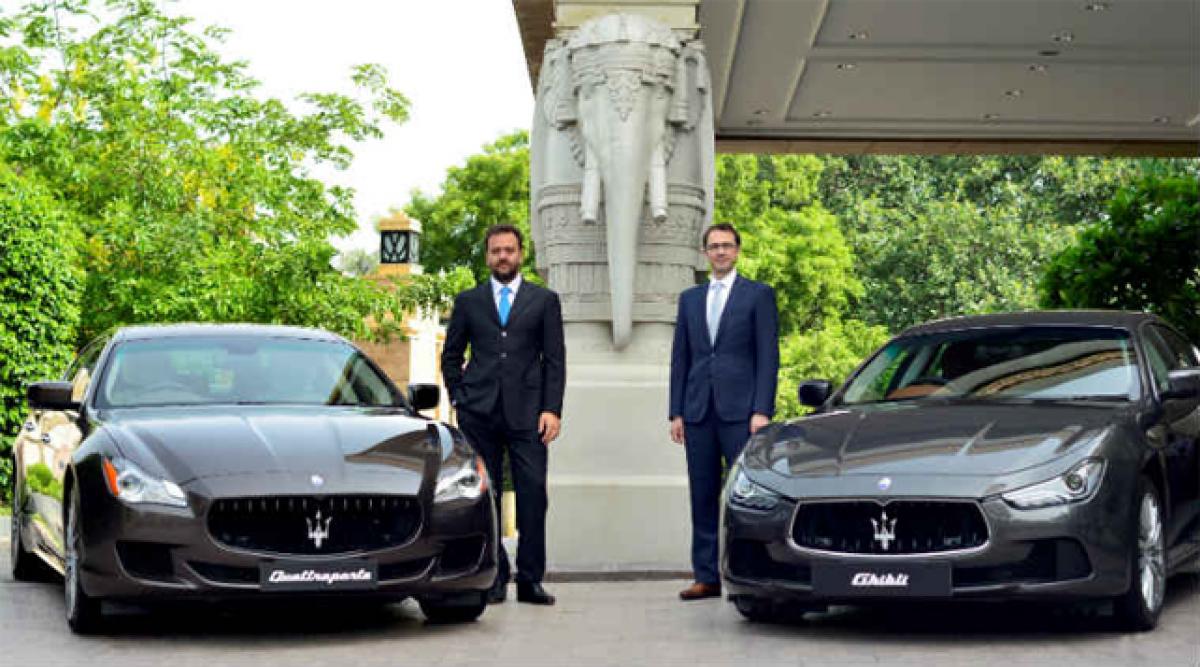 The company, which was earlier a partner of Shreyans Group, now plans to go solo. Maserati aims to launch showrooms in Delhi, Mumbai and Bangalore by the end of September this year.

The luxury car manufacturer plans to bring in models like the Quattroporte, Ghibli, the GranTurismo and GranCabrio in India. These cars will be in the price range of Rs. 1.14 to 2.2 crores.

Dedicated service facilities, which are in line with the company's global standards, have also been planned for all the locations.

Maserati also plans to bring in the new SUV Levante which they shall be launching next year.

Maserati, which sold 36,500 units in 2014, has improved the sales figures by 13 percent this year courtesy entering new markets and adding new products in its line-up.

The newly-appointed Head of Operations for India, Bojan Jankulovski, said that driving a Maserati is like wearing a tailor-made suit in a world of uniforms.

"Our re-entry into the Indian market is a commitment to our customers as there is a definitive demand for exclusive luxury products, including cars, in the market. By entering India and other new markets around the world, we are able to grow," he added.

Maserati plans to set up dealerships in Kolkata, Ahmedabad and Chennai in the future.

"We have plans to expand in other parts of the country as well. We aim to set up dealerships in Kolkata, Hyderabad, Ahmedabad and Chennai down the line," he said.

The cars, which will be available in India, will be manufactured in Italy and shall come as completely built units.

Jankulovski further said the waiting period for any customer in India should not be more than three months.