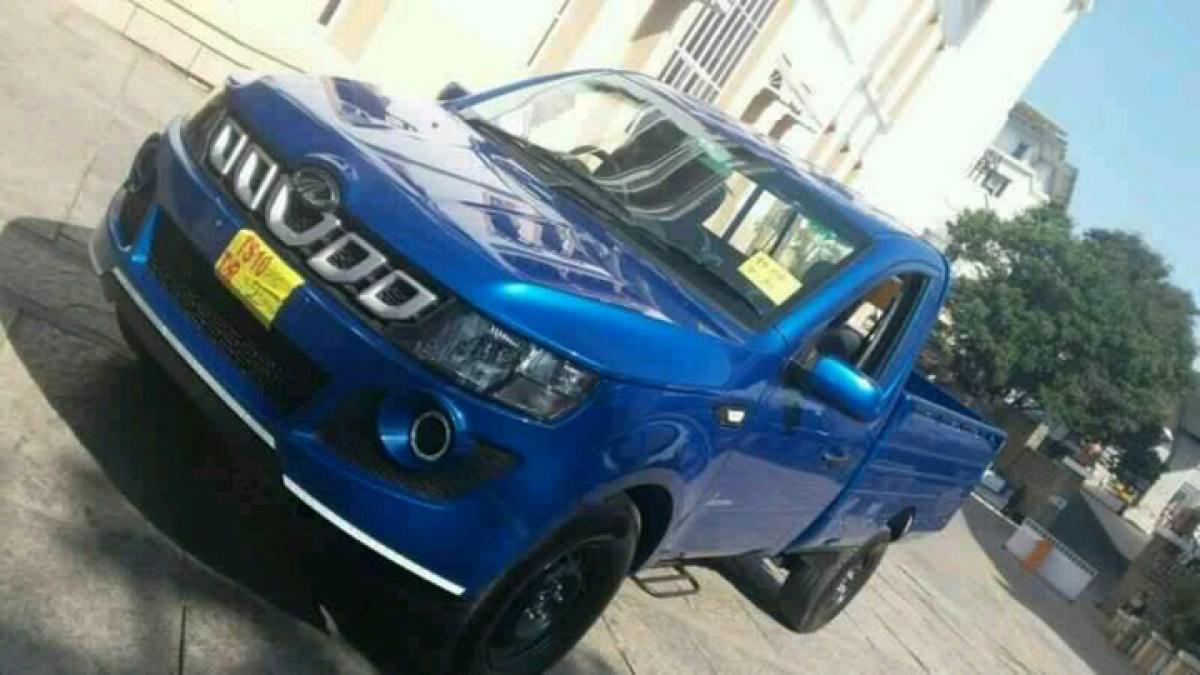 Mahindra & Mahindra (M&M) has announced that it will launch a range of premium pick-ups on January 6, 2016.

Mahindra & Mahindra (M&M) has announced that it will launch a range of premium pick-ups on January 6, 2016. Christened Imperio, the new pick-up is expected to consolidate the company's leadership in the small commercial vehicle (SCV) space. Mahindra currently holds a 53% market share (YTD November 2015) in the LCV segment (with less than 3.5 tonnes load).
The Imperio has been conceptualised and developed in-house by M&M’s engineers at the Mahindra Research Valley in Chennai with production to be undertaken by the manufacturer's Chakan Plant.
M&M says the Imperio promises to provide a high-end product experience in its segment of small commercial vehicles. This pick-up is designed to cater to the needs of small and medium businesses (SMEs) while offering style, performance and driving comfort.
The Imperio is expected to be the facelifted version of the Xylo based Genio pick-up truck which was spotted undisguised in December last year. The pick-up is expected to be available in both single and double-cab variants when it goes on sale.
While the medium and heavy commercial vehicle market has seen consistent growth for the past year, small commercial vehicles and light commercial vehicles in India have been witnessing a slowdown in sales since the past two years. In the April-November 2015 period, a total of 243,306 units have been sold (comprising both passenger carriers and goods carriers), recording a decline of 4.56%.