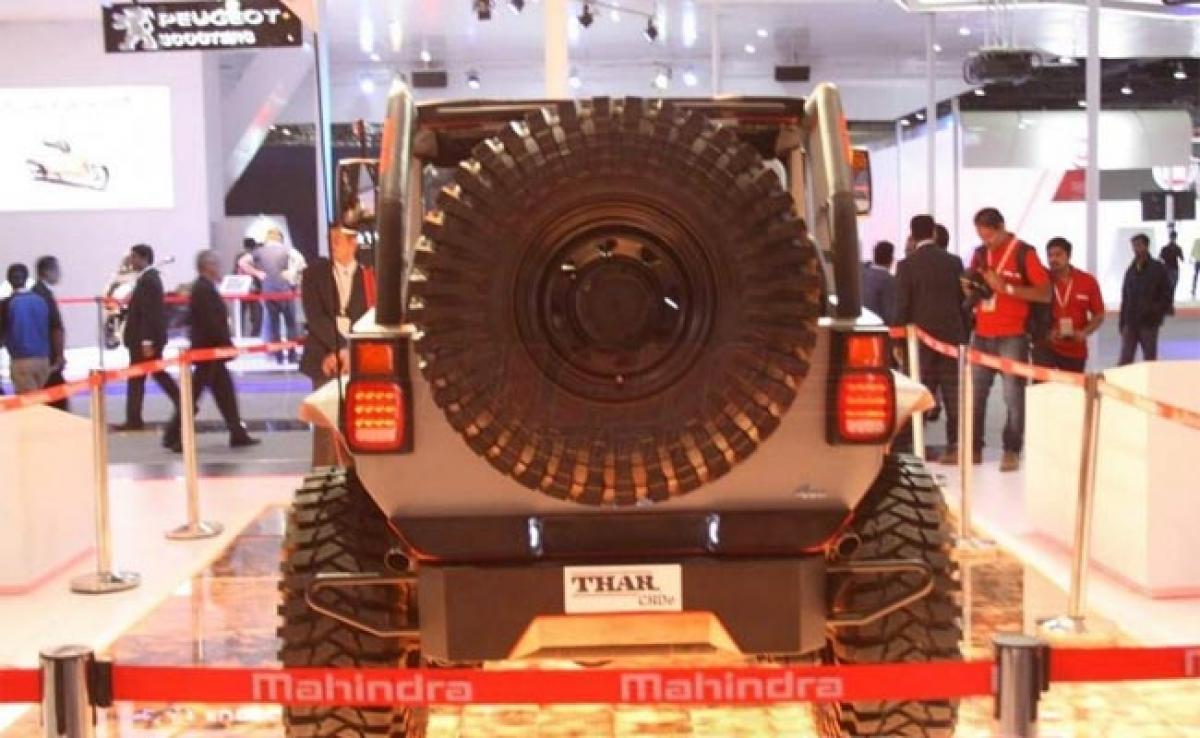 Basically a modified Mahindra from the company owned customization company called Mahindra Customization, Thar DayBreak Edition receives a host of modifications, making it fit for the most challenging of road conditions. In the front, a modified grille, head lamps and white LED rings are evident while a bull bar pointed upwards demonstrates the capabilities of the modified Thar.

The bonnet of Mahindra Thar DayBreak Edition was noted with air scoops while orange highlights on fenders and bonnet contrast with the light grey exterior of the model. Doors have also been modified and are seen in a new shape with black / orange highlights on lower portion. Twin exhausts, spare wheel and tyre along with tail lamps with LEDs are seen at the rear.

The modified Mahindra Thar DayBreak Edition sees no change in engine specifications and continues to be powered by a 4 cylinder diesel engine. This engine is capable of 105 bhp power and 247 Nm torque mated to a 5 speed manual gearbox sending power to all four wheels.