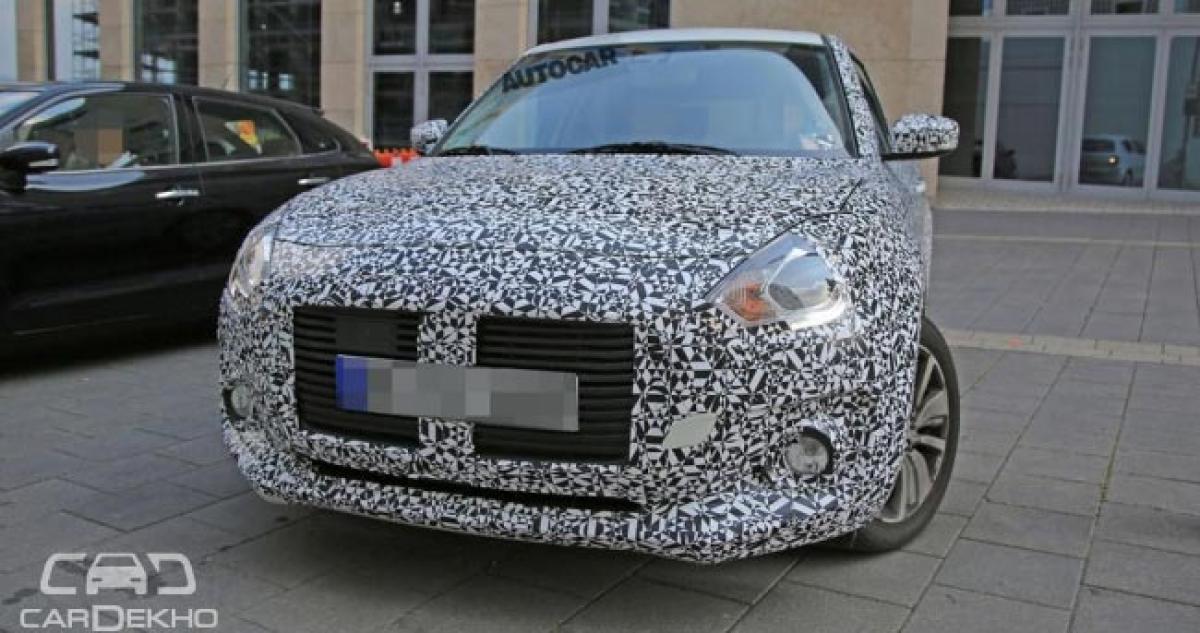 As we inch closer to the global unveil of the new Suzuki Swift, prototypes on test are beginning to shed the heavy camouflage. A new set of spy pictures gives us the best glimpse yet into the production version of the hatchback.

As we inch closer to the global unveil of the new Suzuki Swift, prototypes on test are beginning to shed the heavy camouflage. A new set of spy pictures gives us the best glimpse yet into the production version of the hatchback.

The face is an evolution of the existing design. The grille is now wider and hexagonal, whereas the headlamps have shrunk in size and have become slightly stubbier. What's interesting to note is that the Swift features a projector headlamp set-up, along with daytime running lamps. The design is in line with what we've seen on modern Marutis such as the Baleno and the Brezza, and it does lend the Swift a mature, contemporary face.

The side shots show off the new alloy wheels, which again remind us of what we've already seen on Maruti Suzuki cars in India. The rear door handle has moved up next to the window (à la Chevrolet Beat) as well. Overall, it does retain its city-friendly proportions and the trademark Swift design.

Since it has shed the heavy camo, the proportions have become pretty apparent. The short nose, the sloping roof and the stubby rear keeps it true to the Swift's lovable aesthetic scheme. Elements such as the sharply raked A-pillar, the floating roof effect and the strong shoulder line are in place too. The rear shows off LEDs everywhere, including the high-mount stop lamp and the tail lamps. The hatch itself is fairly flat and features a relatively high loading bay, just like its sibling, the Baleno.

On the inside, the production-spec Swift continues to sport an all-black theme, just like the current version, with a large dull silver trim running across the length of the dashboard. The new flat-bottom steering wheel looks super nice, and we really hope it makes its way to our market as well. The instrumentation looks funky too, and harbours a coloured MID between the speedo and the tacho pods. Expect the display to be identical to the Baleno, and read out the same parameters.

Also, unlike renderings that showed a touchscreen infotainment unit, the mule featured a conventional 2DIN audio system. Whether Maruti gets us the SmartPlay infotainment system with Apple CarPlay, remains to be seen. The interiors appear to be a breath of fresh air, imbibing a circular theme with the round air vents and large rotary dials. Expect to see the layout as is when the Swift eventually makes it to our shores.

The new generation packs a lot of promise, and we think will make for a cracker of a buy in its segment. Expect prices to go slightly north, considering the added equipment to the list. Prices for the new Swift are expected to start around the Rs 4.75 lakh mark.