Bike Review: Harley Davidson Iron 883 to buy or not? 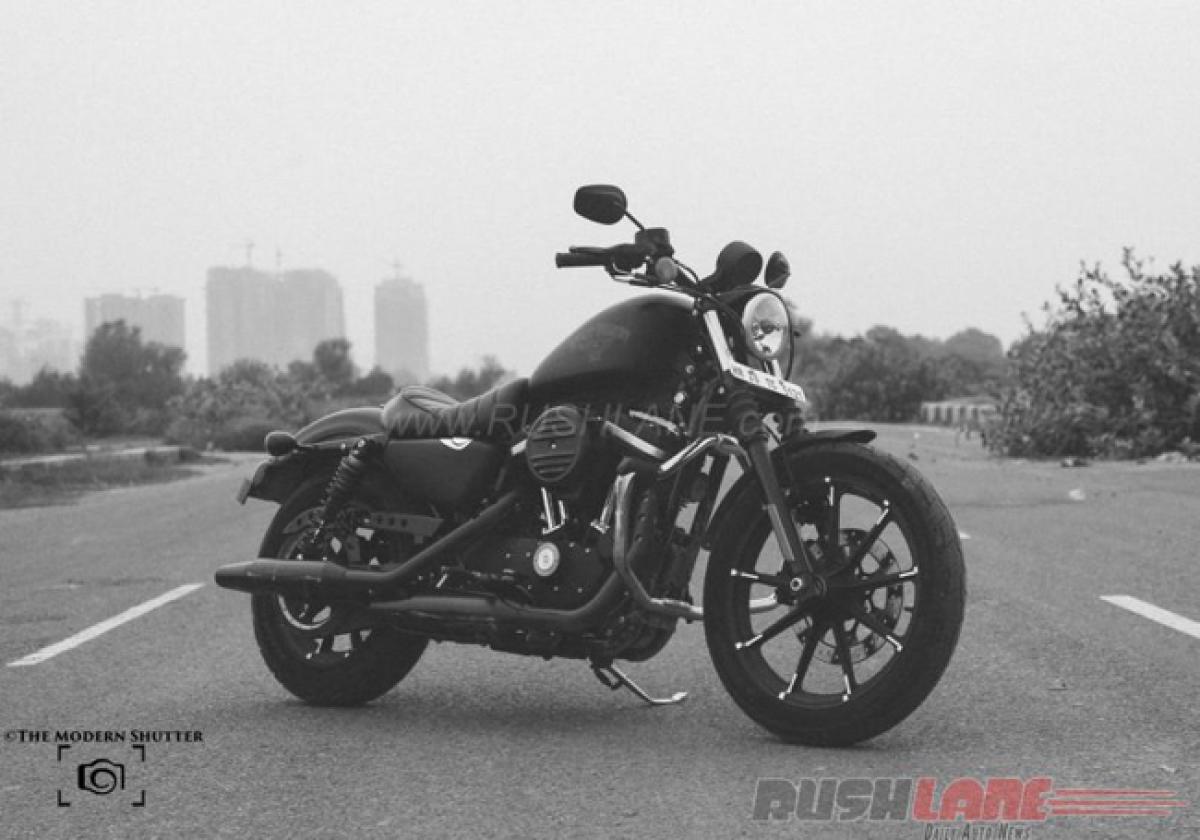 The end of my high school, I was sitting on my couch watching the movie WILD HOGS. John Travolta and his friends riding Harley Davidson motorcycles, escaping their regular life for some fun on the highways.

The end of my high school, I was sitting on my couch watching the movie WILD HOGS. John Travolta and his friends riding Harley Davidson motorcycles, escaping their regular life for some fun on the highways. That was it. That was the moment I decided that owning a Harley Davidson and going on a never-ending road trip to escape daily chaos has to be on my bucket list.

Years passed. I started ticking away the things on my bucket list, except for the one above. But today, there is a Harley Davidson Sportster Iron 883 parked in my garage and I am more than excited.

Anyways, coming back to the review part. I strap on my helmet, put on my denim and leather jacket and walk towards the matte finished Iron 883. With every step I take towards it I sip in the beauty this bike. It has a charm of a vintage cruiser with all the modern bits and bobs on it. There is a 2 stage process to unlock the bike. You first need to insert the key into the steering lock assembly to unlock it and then put it into the ignition slot.

I start off the engine and I was surprised by the muted thump of the stock exhaust. This is done due to the noise regulations here in India. But one can easily switch to a Screaming Eagle setup (sold separately as an accessory) to get an enhanced exhaust note which indeed is a wonderful upgrade if you need to be noticed from half a kilometer away.

The bike supplied to me only has a rider seat, which clearly exhibits my singlehood status. The cushion is amazing and the back support is just about adequate for the riding posture on this bike. The fuel tank is narrow and allows your knees to move around easily while riding through corners.

Speaking about instrument panel, it has a small speedometer, but there is no rpm meter. You don’t need one anyways, as the bike’s sound will let you know when to shift gear. The switch-gear is something that one takes time to get used to as the layout is haphazard in comparison to motorcycles available in the market. For eg, the side indicator buttons are on each side of the handle bar, for the respective indicator, very fancy I say!

The suspension is on the softer side and it does feel comfortable on longer rides. On the other hand, the same setup makes the bike a bit lowered and does cause a lot scrapping of the underbelly, everytime you ride over a speedbump. The engine is an air-cooled unit and does heat up quite significantly, which does make riding this bike a little cumbersome inside the city in jammed roads.

The bike appeals to a huge crowd, everytime I have stopped, I have been questioned about the bike. People take pictures and a gentle throttle and thumping of the exhaust note turns heads like no other cruiser in its class.

The engine is V-twin 883cc mill producing a 72.9 Nm of torque at 3750 rpm (power figures are not revealed). Transmission is taken care by a 5-speed gearbox, which produces a loud clunk noise everytime you shift up or down a gear. The engine is smooth to run but isn’t particularly quick when revved hard over gear shifts. The 247 kg kerb weight does show up when accelerating in a straight line. But then, Harley’s are not made for straight line racing.

On the other hand, it is absolutely sublime for long highway cruising and city rides. The engine vibrations are lesser and one can ride for longer hours without much fatigue. The brakes aren’t the best and it takes time to get used to the slow deceleration on hard braking. The handling is good but nothing to write home about. It is much better as a straight line cruiser as the top heaviness shows up while taking corners rapidly.

Harley Davidson Iron 883 comes with a 12.5-litre fuel tank. After running it on 97 octane fuel we managed a fuel figure of 22kmpl overall. Also, the matte finish paint on the bike with me isn’t the easiest to clean and does require a specialized cloth to clean off the grime.

If you are looking for an entry level premium cruiser to ride on a daily basis without the hassles of a heavyweight cruiser and also taking it on longer trips with utmost comfort, this is probably the best choice today.