Official : Audi A4 Launch On September 08

It\'s official, folks! Audi India will launch the all-new generation of the A4 on September 08.

It's official, folks! Audi India will launch the all-new generation of the A4 on September 08. The entry-level luxury saloon has been amongst the best sellers in Audi's portfolio, with the older generation (and its facelift) completing a little more than half a decade in the market. 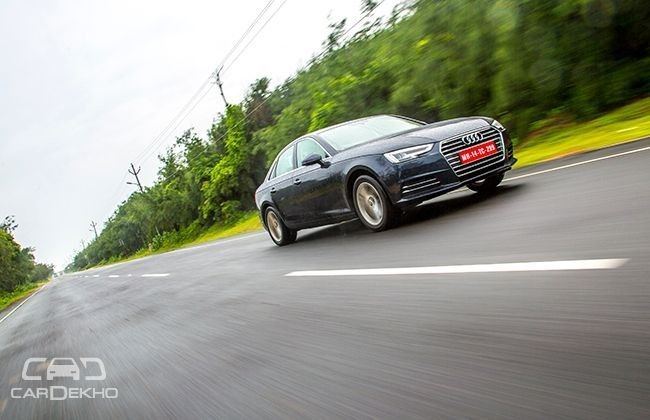 The new A4 is thoroughly modern and has definitely upped the ante in terms of quality and refinement. It is based on the MLB Evo platform that has enabled a drastic weight saving of up to 95kgs. However, Audi hasn't fettled too much with the design of the A4 and have simply tweaked it to look up to date. New design highlights include the new face with split LED daytime running lights, Audi's signature 3D grille and a set of LED taillamps. 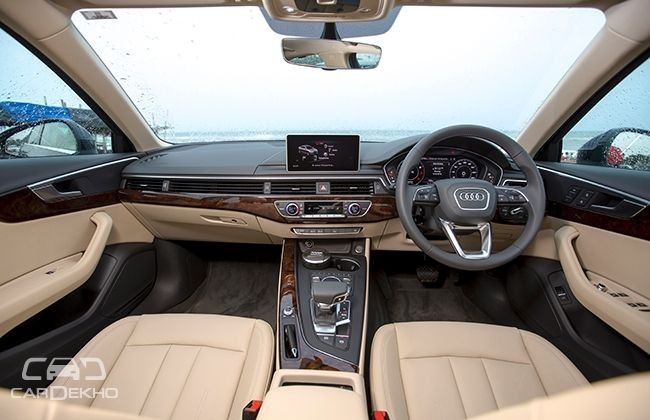 The interiors have been given a complete makeover too, but the theme is unmistakably Audi. Our favourite piece of equipment will have to be the "Virtual Cockpit", that replaces traditional analogue dials with a 12.3-inch TFT display that reads out practically everything and acts as the screen for the navigation as well. We first sampled this feature in the Audi TT sportscar, and it is great to see these feel-good niceties trickle down into the manufacturer's bread and butter cars. Other features include dual-zone climate control, rear air-conditioning, and electrically adjustable seats. 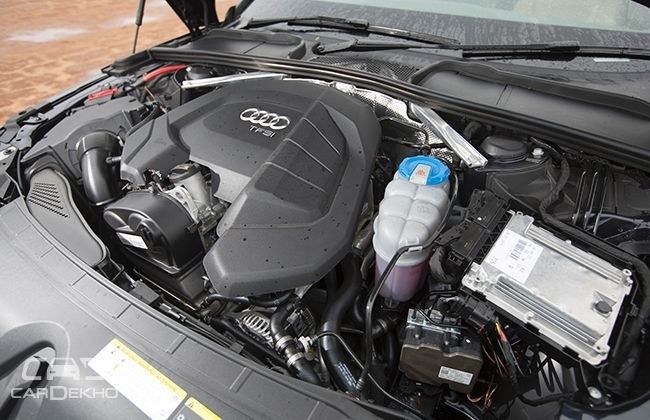 Interestingly, Audi India will be launching the sedan with just one engine for the time being. The A4 will get a 1.4-litre turbocharged petrol engine paired with a 7-speed S-Tronic automatic gearbox. Power output is rated at a modest 150PS and peak torque is a commendable 250Nm. Want to know how it feels to drive one in India? Head over to this detailed first drive review to find out. 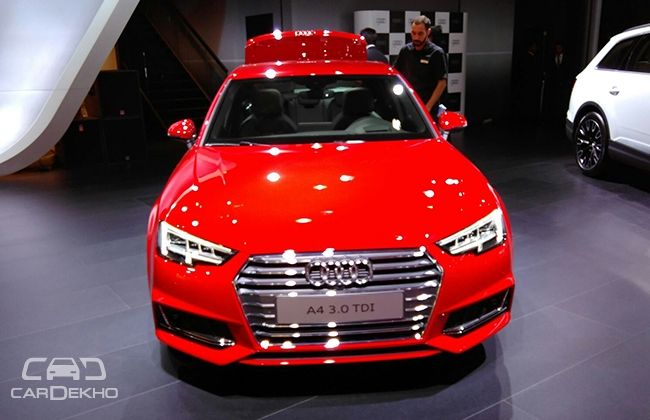 Audi India had also showcased the A4 at the 2016 Auto Expo, but with a 3.0-litre diesel engine. While the petrol variant is welcome for now and in line with the German automaker's plan of introducing petrol variants across their portfolio; we are hoping to see the diesel variants soon as well. Prices for the base-spec 30TFSI A4 is expected to hover around the Rs 35 lakh mark. At that price point, the Audi will go up against the likes of the BMW 3 Series, Mercedes-Benz C-Class and the Jaguar XE.