The Mahindra XUV300 may be joining the sub-4m SUV party pretty late, but can it compete with the best in the segment 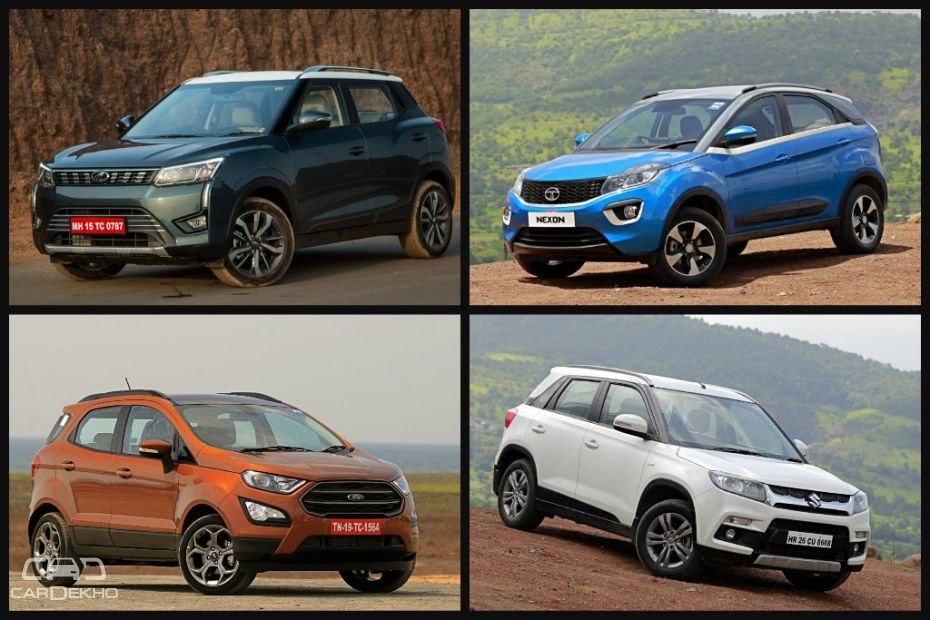 Mahindra is set to launch the new XUV300 sub-compact SUV on 14 February and it will be looking to stir up the competition in the segment. We have already driven the Mahindra XUV300 and you can check out the first drive review here.

The XUV300 will offer many segment-first features along with some noteworthy performance figures to take on the likes of the Maruti Vitara Brezza, Tata Nexon, Ford EcoSport and the Honda WR-V. We see how the upcoming Mahindra fares against its rivals: 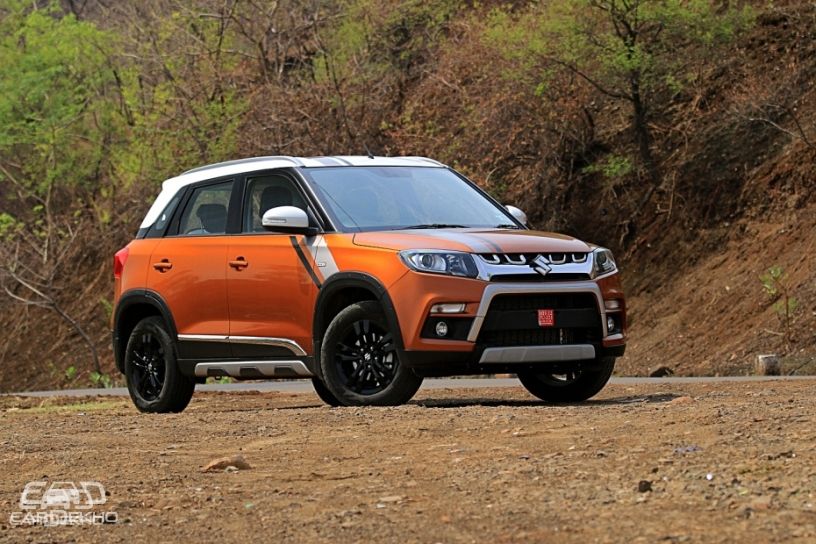 The soon to be launched Mahindra XUV300 is the widest in this comparison, while being the exact same length as the Maruti Vitara Brezza. It also has the longest wheelbase of all its rivals in this list. The EcoSport is the tallest one here, while the Honda crossover is the longest car. 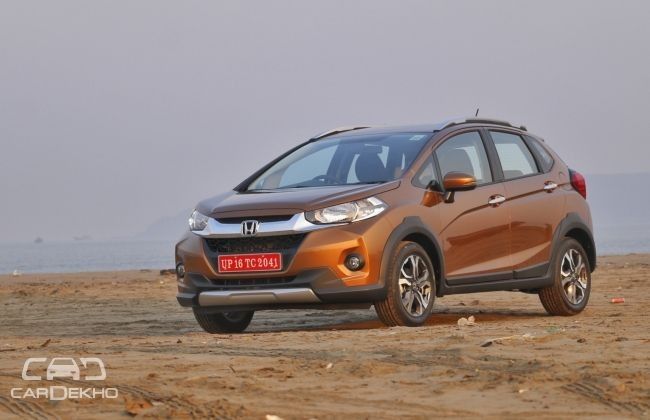 The XUV300 will come with a choice of both petrol and diesel engines like all its rivals, except for the segment-leading Maruti Brezza. 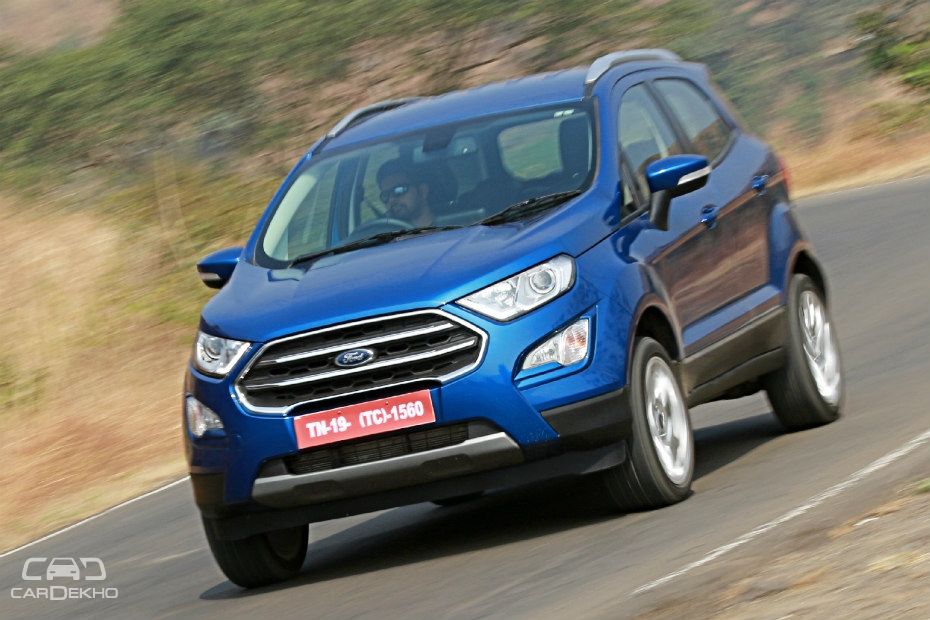 The Honda WR-V is the least powerful petrol-powered model, while the Ford EcoSport is the most powerful with its 3-cylinder engines, especially the 1.0L EcoBoost motor. However, it’s the Mahindra XUV300 which has the torquiest petrol engine in this segment. Moreover, only the Nexon and the EcoSport are available with an automatic transmission here. While the Nexon comes with a 6-speed AMT, the EcoSport can be had with a 6-speed AT (torque converter). 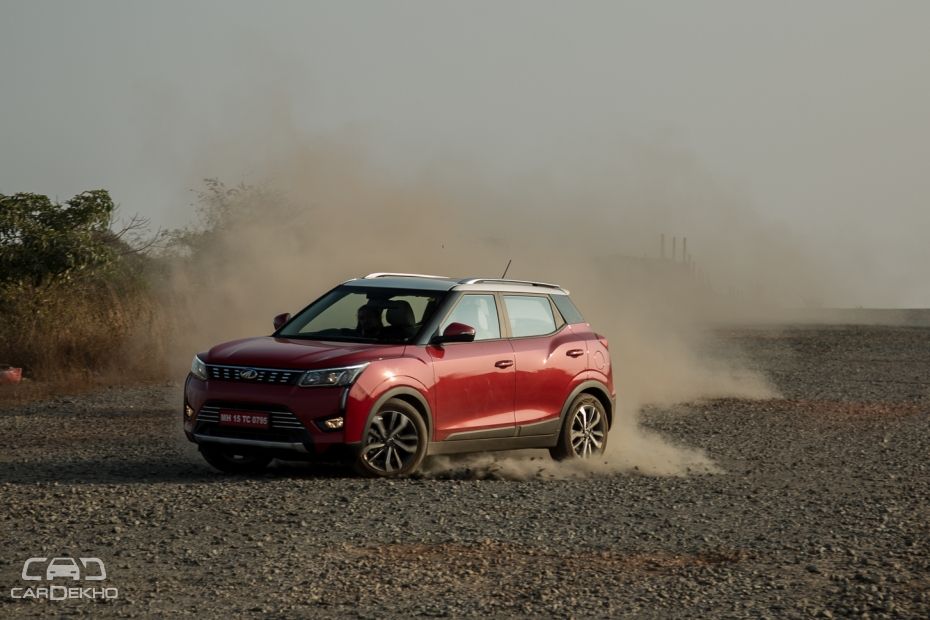 The diesel-only Maruti Vitara Brezza has the smallest engine here with the least power and is tied with the Honda WR-V for the lowest torque output. The Mahindra XUV300, on the other hand, offers the most powerful and torquiest diesel engine in this segment. Here, only the Nexon and the Brezza are available with automatic transmission options - both get an AMT gearbox.

Standard features: Competitors in the sub-4m SUV segment tend to be adequately equipped for their price with safety features such as dual front airbags and ABS with EBD as standard. All the models in this comparison also offer rear parking camera and sensors, steering-mounted controls and auto AC at different trim levels. 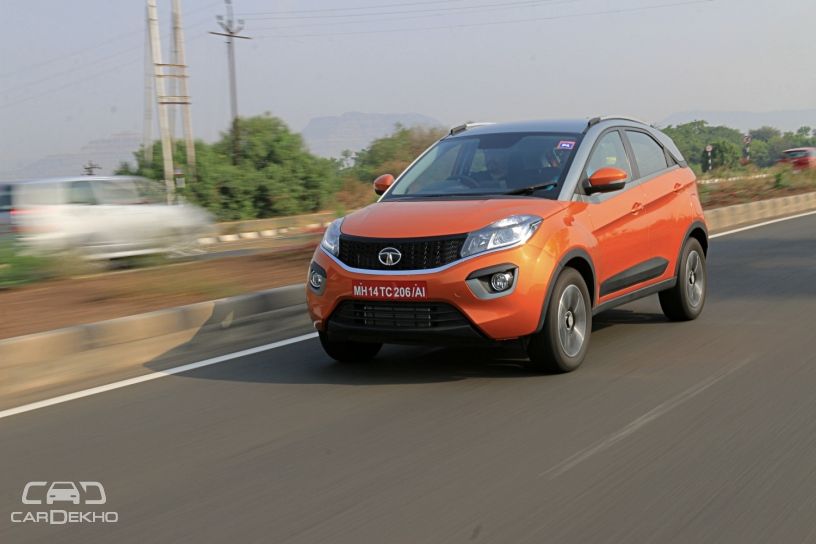 Safety: The Mahindra XUV300 is the first car in the segment to offer upto seven airbags in the top-spec variant, while the Ford EcoSport offers upto six airbags. The XUV300 is also the first to offer front parking sensors and the only option here with disc brakes for all wheels. The Brezza, Nexon and WR-V don’t get any more than the two front airbags, which are offered as standard. The Honda misses out on ISOFIX child seat anchors which is available on all the other sub-4m SUVs here. Safety tech like ESP and hill hold control is also available on the XUV300 as standard, while the EcoSport’s safety net further includes emergency brake assist, traction control and emergency assistance. 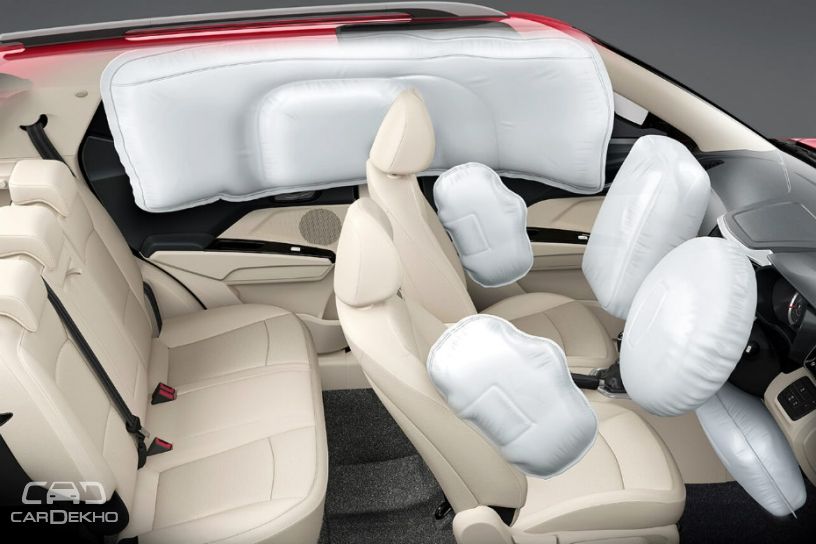 Infotainment: Ford’s EcoSport has the biggest touchscreen display here with an 8-inch screen, while the new XUV300 gets a 7-inch touchscreen display which is the same size in the Honda WR-V and Maruti Vitara Brezza. The Nexon has the smallest display here with a 6.5-inch touchscreen, but gets Android Auto and Apple CarPlay compatibility, like the Ford, Maruti and the Mahindra. Honda is the only car here to miss out on Apple CarPlay and Android Auto. 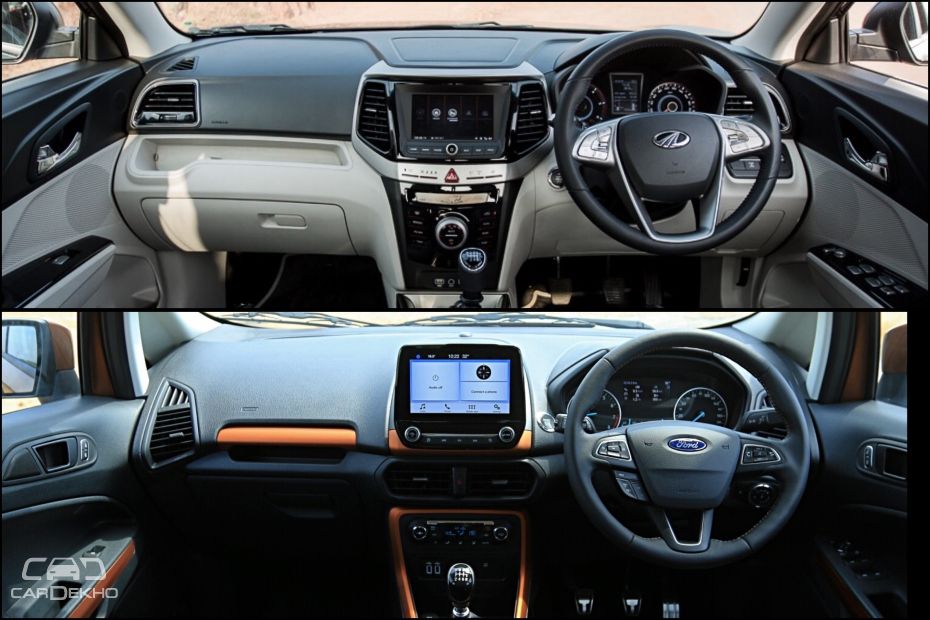 Comforts and conveniences: Here again, the Mahindra XUV300 has more segment-first features to offer - multi-mode steering, heated ORVMs and dual-zone auto AC. The Tata Nexon misses out on cruise control which is available on all the other models, but it does get rear air vents, unlike the other cars. Features such as auto headlamps and rain-sensing wipers are offered on the XUV300, EcoSport and Brezza, but not on the others. The Honda WR-V is the only car here with telescopic adjustable steering, while all of them do get push-button stop/start.

The XUV300, EcoSport and the WR-V also offer a sunroof for that bonus fun-quotient, something the Nexon and the Brezza miss out on. 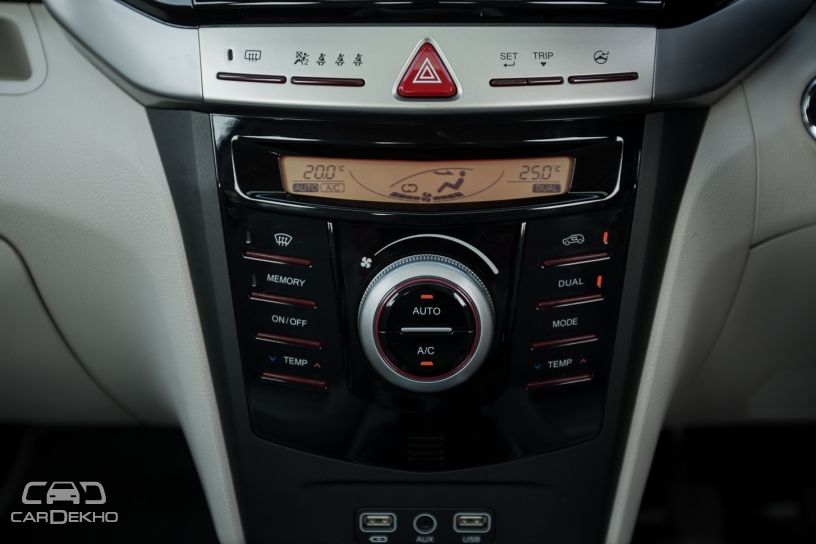 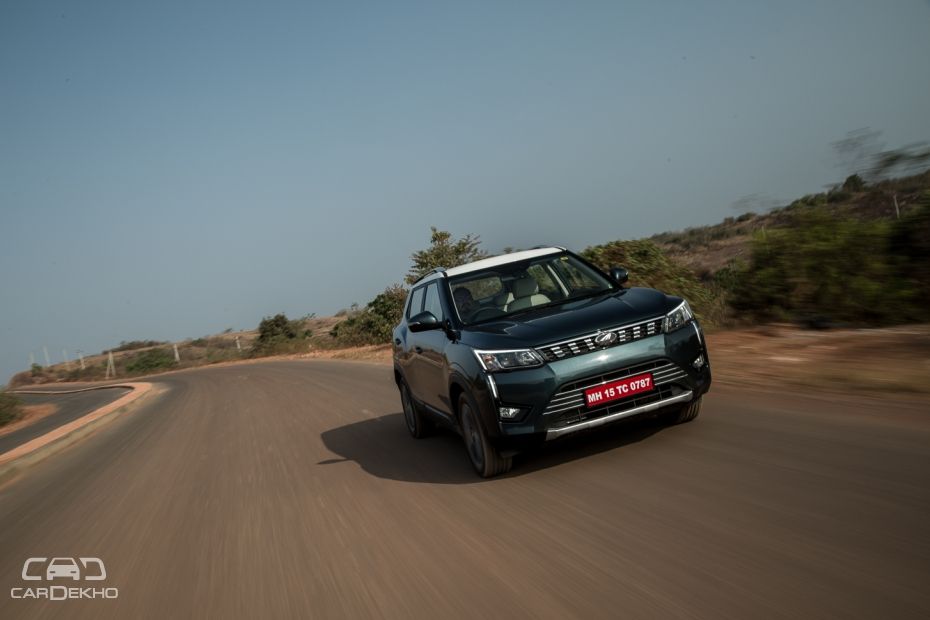 The Mahindra XUV300 is unlikely to undercut its rivals as it will offer more features right from the entry-level variant. However, if it is priced around the same figures as expected, it will be in a good position to shake up the sub-4m SUV segment. It may not necessarily challenge the crown of the Brezza, but can definitely take a sizeable piece of the sub-4m SUV pie.