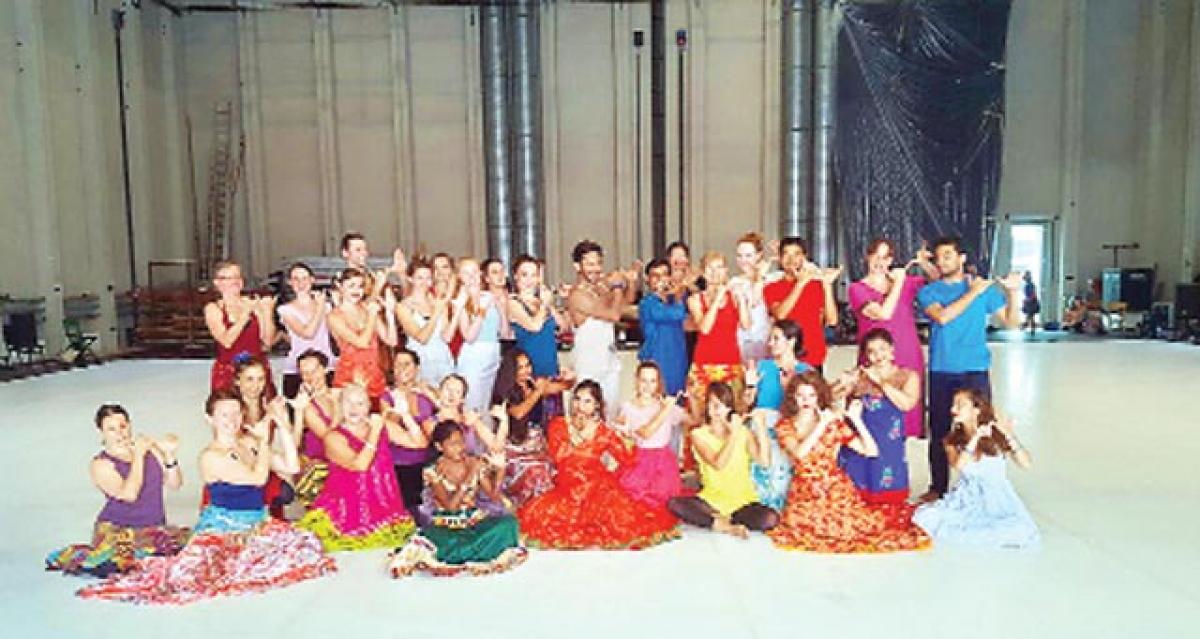 When it comes to representing Indian choreographers across the globe, Terence Lewis is a name that comes to the mind almost instantaneously.

When it comes to representing Indian choreographers across the globe, Terence Lewis is a name that comes to the mind almost instantaneously. Known for teaching dance in India and abroad, Lewis recently wrapped his workshop at ‘ImPulsTanz – Vienna International Dance Festival’, which is one of the biggest dance festivals in the world. Up to 44.000 slots were booked this year and 255 classes conducted. The festival concluded on August 15.

‘ImPulsTanz’ was a homecoming of sorts for Lewis. He was the first Indian to receive the ‘danceWEB Europe Scholarship’ in 2003. This year, he taught ‘Old School Bollywood’ and ‘Indo-Contemporary Dance’ at the festival. From a student to a teacher, life has come full circle for Lewis. In an interaction with The Hans India, the choreographer speaks about his experience as a teacher. “It was really nice to know that Europeans are excited to learn about our culture,” he states.

“Old School Bollywood dances included Kathak basics, mudras, abhinaya from classical dance and folk dance numbers. It was heartening to see how the Europeans loved and appreciated our music, the energy and sense of joie de vivre! They were excited to know the history and evolution of Bollywood dance. On that count, it was great to share information and educating them about the transitions in Bollywood down the years,” says Lewis.

“It was a privilege to impart the knowledge that I gained there as a student,” he adds. Lewis’ passion for dance has always been evident from his thirst to learn new forms. Apart from teaching at ‘ImPulsTanz’, the dance guru also taught new styles and forms there. “I always love to learn new things, which keeps me updated with styles in vogue. This will help me to upgrade myself as a judge for future shows,” he says.

“I love dance hall, Caribbean and Afro Cuban styles. I am training in flying low, release and contact improvisation styles,” he adds about the techniques he learnt there. Lewis has choreographed international stage shows, Bollywood shows, corporate launches, Broadway Westend musicals, feature films, ads and music videos. Of course, he is best known for his stint as a judge on dance reality shows on Indian television. And each show is special to him in its own way.

“I loved ’Dance India Dance’ (DID) for changing mindsets of people about dance and giving it respectability as a profession. I liked ‘NachBaliye’ for the fact that these are actors who have to work towards becoming dancers as a couple and recently ‘So You Think You Can Dance’ is special to me as it is the biggest show of the world and it has showcased new-age Indian talent post the DID vacuum,” opines Lewis.

Reality shows are not his only forte. Lewis has choreographed Bollywood films like, ‘Lagaan’ (2001), for which he won the 2002 American Choreography Award, ‘Jhankaar Beats’ (2003) and ‘Naach’ (2004) and more recently Disney India's first theatre production ‘Beauty and the Beast’.
When asked about the changing landscape of dance in movies, he opines, “I think the most important one (landmarks) were Hiralal Sohanlal in the early 60s and 70s and then you had Vijay Oscar and PL Raj in the 80s and of course, Saroj ji in the 90s.

In the recent past I've loved the work of Vaibhavi Merchant, Remo D’Souza, Bosco Martis and Ganesh Master but, the one who is simply unique is Prabhu Deva. I think technically he is superb and so is his brother.” Lewis is a believer in training hard and he loves what he does. Not one to tolerate star-tantrums and mediocrity, the dance master has worked with many big names in the entertainment industry, most recently with Madhuri “Dhak Dhak” Dixit on ‘So You Think You Can Dance.

“She is a true star!” he exclaims about his co-judge. “She is humble, grounded, real and genuine. Kind gracious and elegant. Sab stars ek taraf aur Madhuri ek taraf!” The dance guru has penned a movie script and is all excited about its progress. Although, he was reluctant to reveal much about it, Lewis shares, “Coming soon. Fingers crossed!” on a parting note.