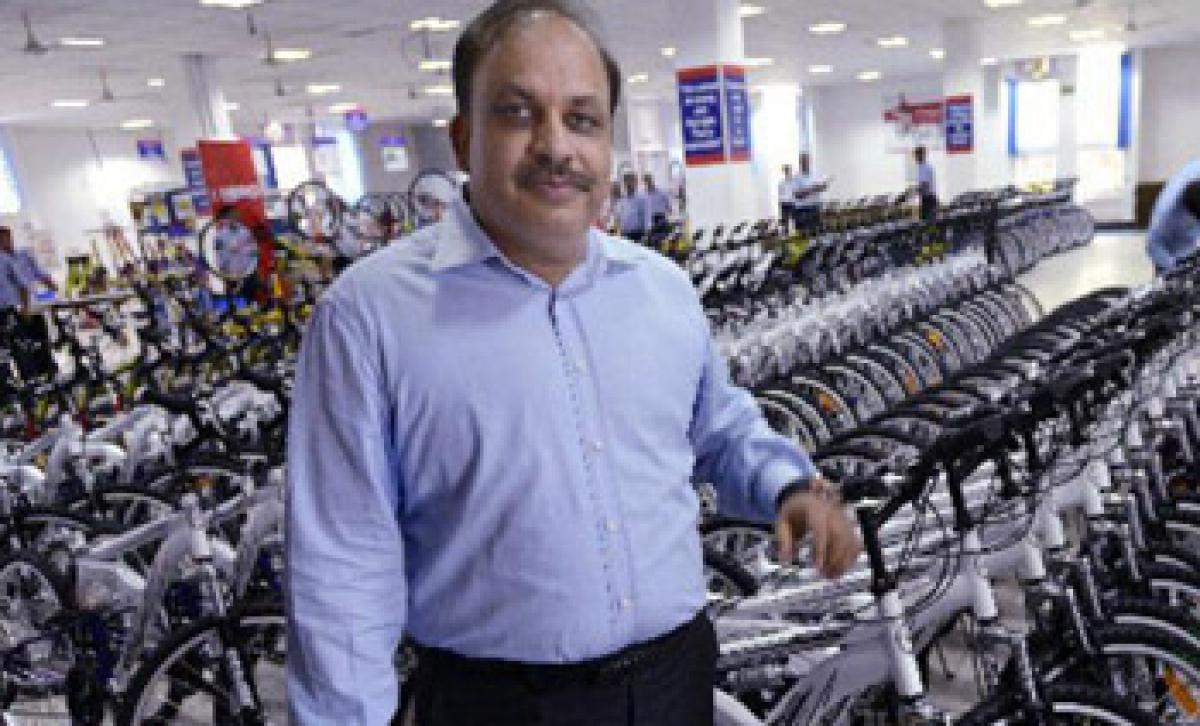 Bicycle manufacturer Hero Cycles sold over six lakh units last month, an increase of 20 per cent as compared to December 2014.

New Delhi: Bicycle manufacturer Hero Cycles sold over six lakh units last month, an increase of 20 per cent as compared to December 2014. The sales registered in December 2015 is the highest one-month sale in the history of the bicycle industry by any cycle company in India, Hero Cycles said in a statement.

"Riding on strong sales in rural and semi-urban areas, and strong growth in the premium cycles segment, the company witnessed 20 per cent growth in month on month sales in December 2015," it added.

Commenting on the sales milestone, Hero Cycles Chairman and Managing Director Pankaj Munjal said: "We have not only strengthened our dominance in the Indian cycle market but have also become the first ever company to achieve a sale of over 6 lakh units in a month in the history of India's cycle industry."

The domestic bicycle market is on renewal path with a fresh surge in the premium product category as well as strong sales in rural and semi-urban areas, he added.
"This is a proud moment for us and we are hoping to achieve much better targets in 2016," Munjal said.

Hero Cycles had posted a turnover of around Rs 3,000 crore during the 2014-15 fiscal with a production of around 55 lakh cycles. With its recent announcement of entry in European market and acquisition of Firefox in India and Avocet Sports in UK, Hero Cycles aims to grow its revenues to Rs 8,000 crore by 2018.