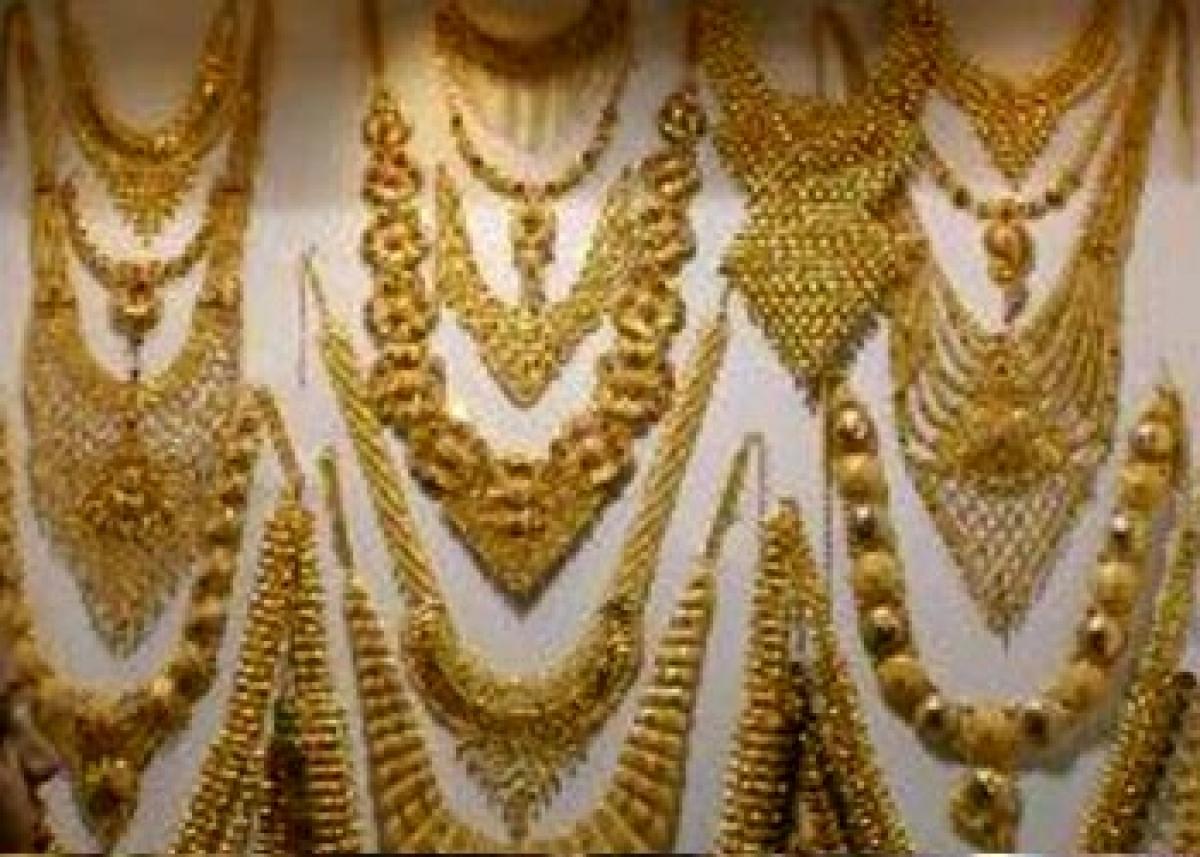 More than three lakh jewellers are participating in the three-day pan-India strike to protest against the proposed re-imposition of one percent excise duty on gold and diamond jewellery.

New Delhi : More than three lakh jewellers are participating in the three-day pan-India strike to protest against the proposed re-imposition of one percent excise duty on gold and diamond jewellery.

Over 300 associations, which include three lakh manufacturers, retainers and artisans among others, are participating in the stir across the country.

The jewellery industry has been forced to go on strike due to the government's apathy towards the sector reflected in the proposal to re-impose one percent excise duty in the Union Budget presented by Finance Minister Arun Jaitley on February 29.

Jaitley also imposed mandatory quoting of PAN by the consumers for transaction of Rs. two lakh and above.

"Our business is already facing challenges and has gone down by 25-30 percent after the government's decision in January to make PAN cards mandatory for any transaction of Rs. two lakh and above," said All India Gems and Jewellery Trade Federation (GJF) chairman Sreedhar G V.

He said that the Centre had in 2005 and 2012 introduced one percent excise duty in the gems and jewellery sector, but had to drop the move as it was not deemed practical with the industry comprising mostly under-educated but highly skilled people, who are not equipped to handle the paper work required for it.

Meanwhile, the association plans to meet the Finance Ministry officials with a representation to explain difficulties faced by the industry with certain measures.