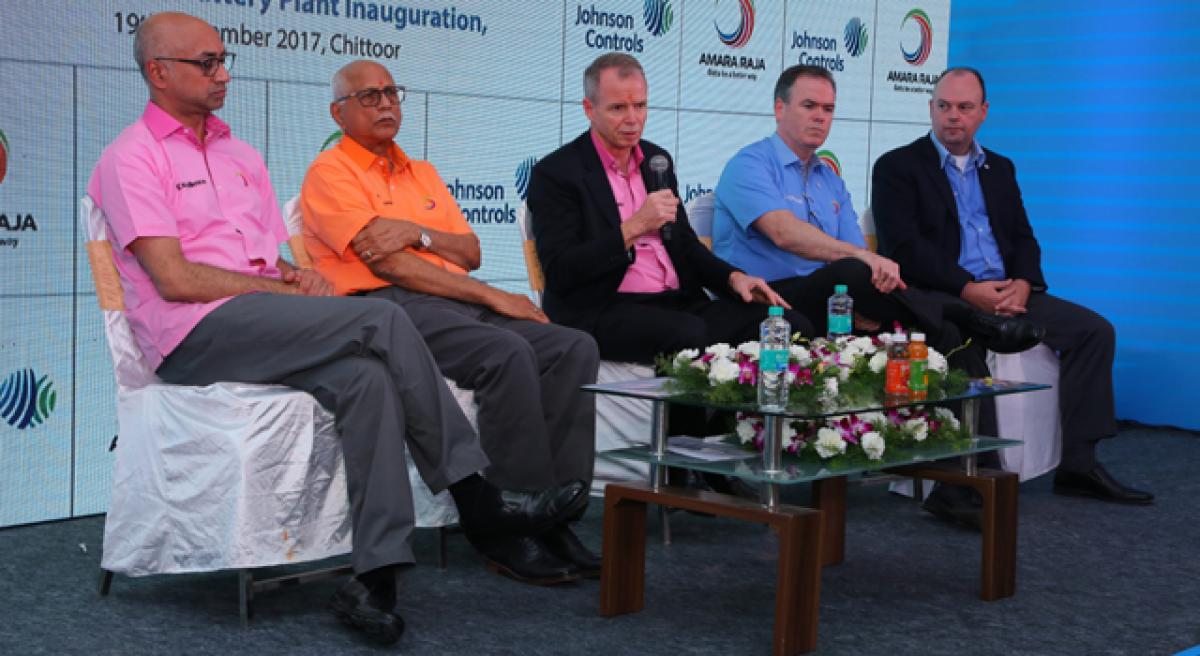 Chittoor: Amara Raja Batteries Limited (ARBL)-- the country’s second largest battery manufacturer, which enjoys 45 per cent market share in four-wheeler battery segment-- is now shifting gears in the two-wheeler segment, in which it aims to capture a similar level of market pie that it has in four-wheeler segment.

“We have entered into two-wheeler battery segment late, but it offers huge potential for growth in India. At present, we have over 11 per cent market share in this segment. We are looking at increasing this to 45 per cent, a level we enjoy in four-wheeler segment,” Jayadev Galla, Vice-Chairman and Managing Director, Amara Raja Group, told the media on Tuesday after the commissioning of the company’s new two-wheeler battery plant at its sprawling Amara Raja Growth Corridor here.

George R Oliver, Chairman and CEO, US-based Johnson Controls, Amara Raja’s joint venture partner for the past two decades, inaugurated the plant. which has an initial production capacity of five million two-wheeler batteries a year. The battery manufacturer which has invested Rs 400 crore on the facility in the first phase will eventually make a total investment of Rs 700 in three phases in three years to expand the annual capacity to 17 million units.

“Once we complete all three phases, the plant will be the largest two-wheeler manufacturing facility in India, which will employ close to 1,300 people. And our total capacity of two-wheeler batteries will increase to 29 million units a year,” said Jayadev Galla, The company’s installed capacity stood at 12.3 million before the new plant.

Johnson Controls has always supported our efforts to introduce advanced technology and innovative products, he added. Amara Raja roped in Johnson Controls as joint venture partner 20 years ago. The US-based companied invested $6 million in ARBL at that time for a 26 per cent stake.

“When Johnson Controls and Amara Raja first came together in 1997, our goal was simple: deliver high-quality batteries to customers across India. By constantly innovating our products, anticipating the needs of the market and delivering value to our customers every single day, we’ve certainly met our goal,” Oliver said.

This advanced battery plant heralds another path-breaking journey between the two companies for creating new milestones, he added. Revenue growth Replying to query, Jayadev Galla said that the group was aiming at 10-fold jump in next 10 years. “We are looking at Rs 60,000 crore in revenues in 10 years, representing a 10-fold jump,” he said.

He, however, refused to reveal as to which divisions of the group would drive the growth. “We will not reveal our plans at this point of time, but we are confident of reaching the milestone,” he said.