War Unleashed By POTUS: Trade War Between India and The United States of America 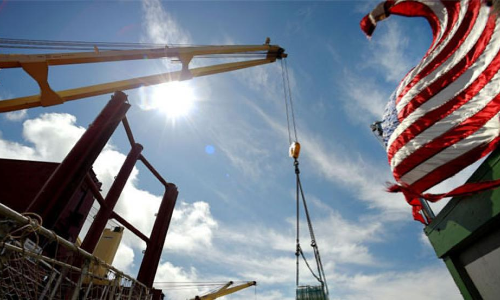 India has been completely forced and dragged to participate into a trade war which  unleashed by the President of the United States Donald Trump, who imposed a 25 percent tariff on steel imports and 10 per cent on aluminium.

India has been completely forced and dragged to participate into a trade war which unleashed by the President of the United States Donald Trump, who imposed a 25 percent tariff on steel imports and 10 per cent on aluminium. India, after being hit with around $241 million on its exports of these items, will raise duties on about 30 US imports, including certain iron and steel goods and even fruits, vegetables, almonds and apples. India has also informed the World Trade Organisation about its move.

These moves, however, seem insignificant compared to the total US exports to India, amounting to a massive $1.3 trillion. India may lose much more than the US in this trade war as US exports are barely 12 percent of its GDP.

The larger question, of course, is the risk world trade has been exposed to. WTO itself has become nearly irrelevant as most nations have shown a preference for bilateral trade agreements. These are faster and less complicated. What is interesting is that the US has always had a grouse over India being categorised as a less developed country. In Mr Trump’s view, India is no longer an LDC as its per capita income is over $1,000 a month. He says India should therefore end the subsidies it gives its exports, particularly in agriculture and the electronics hardware technology parks scheme.

The US held up the WTO’s Doha Round on the issue of agricultural subsidies, like the minimum support price for wheat and rice, which it says is well over 60 to 70 per cent of the limits set by the WTO agriculture agreement.

World trade contributes to world peace and countries trading with each other are least likely to go to war with each other. What's more important is that, it helps economies which depend totally on exports and imports. There are countries with an abundance of resources and need to monetise them.

This can be acquired only through trade. The export-import sector also provides jobs and other benefits. In India, garment exports of nearly $2 billion annually from Tirupur is among the biggest employment creators in the region.