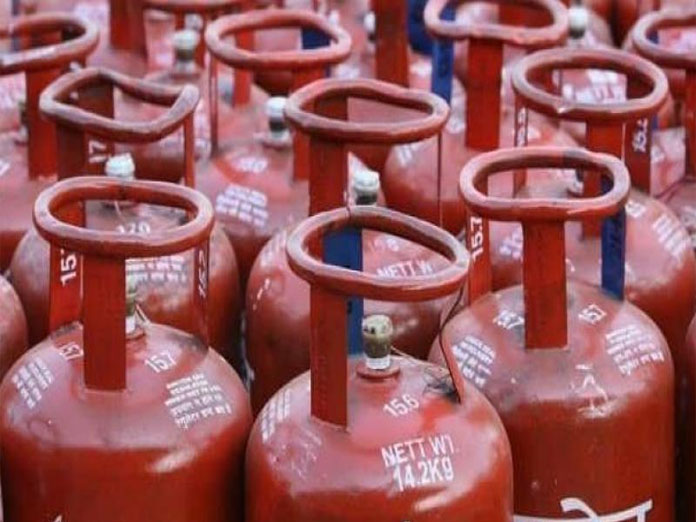 The governments push to provide clean cooking fuel to every household has turned India into the worlds second largest LPG consumer whose demand is projected to rise 34 per cent by 2025, Oil Secretary M M Kutty said on tuesday

New Delhi: The government's push to provide clean cooking fuel to every household has turned India into the world's second largest LPG consumer whose demand is projected to rise 34 per cent by 2025, Oil Secretary M M Kutty said on tuesday.

"Rapid increase in population combined with LPG penetration in rural areas has resulted in an average growth of 8.4 per cent in LPG consumption, making India the second largest consumer of LPG in the world at 22.5 million tonnes.

The government, he said, has taken a number of initiatives to promote usage of LPG across the country especially in rural households which otherwise depend on traditional fuels that are hazardous to health and polluting in nature.

Under Pradhan Mantri Ujjwala Yojana (PMUY) of providing free cooking gas (LPG) connection to poor, over 6.31 crore connections have been provided since the launch of the scheme on May 1, 2016.

"Before March 31, 2020, we will provide LPG connections to 8 crore households under PMUY," he said, adding that "LPG connection is issued in the name of the women member of the household."

Speaking at the summit, Oil Minister Dharmendra Pradhan said the Pradhan Mantri Ujjwala Yojana was launched in May 2016 with the objective of providing free LPG connections to 5 crore women belonging to poor households over a period of three years.

"With the successful implementation of this programme, this scheme has been revised to target 8 crore LPG connections by the financial year 2020. With the revised targets, the scheme now covers all the vulnerable and disadvantaged sections of the society having no LPG connections," he said.

He said the coverage of LPG in the country has now reached close to 90 per cent, rising from about 55 per cent in 2014. "We are confident to meet our target of 8 crore connections in the pursuit of tackling health and environmental problems and driving social change through women empowerment."

LPG is supposed to replace traditional cooking fuels in rural kitchens such as firewood and cow dung which not only contribute to environmental degradation but also have serious health implications on users.

"With estimated imports of above 12 million metric tonnes in the financial year 2018-19, India stands as world's second largest importer of LPG, after China. The country's LPG imports have registered remarkable trend in the last five years, growing at a healthy CAGR of 12.5 per cent, surpassing import volumes of Japan in the financial year 2017," he said.

Also, the government has started transferring the LPG subsidy directly into bank accounts of the beneficiaries, thereby eliminating duplication and fake users. "So far, more than Rs 96,625 crore has been transferred into the bank accounts of consumers," he said.

Under the Direct Benefit Transfer, rather than supplying LPG cylinders at subsidised rates, the government now supplies cylinders at market prices and transfers the subsidy amount into bank accounts.

"This has helped to cut subsidy leakages by curbing diversion of subsidised LPG and ensuring that the actual intended beneficiaries receive the benefits of subsidies. Through this scheme, the government has generated savings of about Rs 50,000 crore," he said.