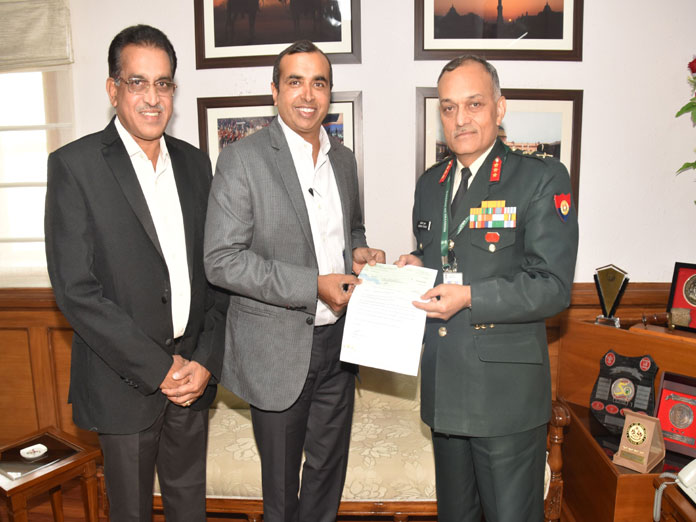 It comprises of four concentric circles, namely- the ‘Amar Chakra’, the ‘Veerta Chakra’, the ‘Tyag Chakra’ and the ‘Rakshak Chakra’, with names of 25,942 soldiers inscribed in gold leafing on the granite tablets.NCC Ltd in a statement said, “the company has the proud privilege of constructing
the National War Memorial project pursuant to a contract awarded.”

Further, the construction major said the memorial also included a central obelisk, an eternal flame and a gallery which includes six bronze murals, depicting famous battles fought by the Indian Army, Air Force and Navy.Besides, NCC seized this opportunity to contribute an amount of Rs 50 lakh to the Army Welfare CSR Fund. Earlier, it contributed Rs 50 lakh to the Bharat Ke Veer corpus fund which is managed by the Ministry of Home Affairs, Government of India.