Financial bids for Pawan Hans to be submitted by March 6 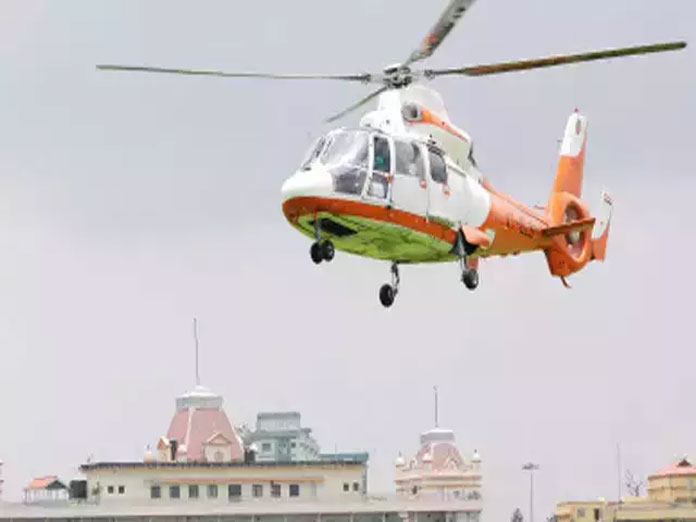 Shortlisted bidders of Pawan Hans have time till March 6 to submit their financial bids for selling the government and ONGCs stake in the helicopter service provider, an official said

Separately, the transaction advisor has worked out a reserve price for Pawan Hans which will be submitted to the Ministry of Civil Aviation.

​New Delhi: Shortlisted bidders of Pawan Hans have time till March 6 to submit their financial bids for selling the government and ONGC's stake in the helicopter service provider, an official said.

Separately, the transaction advisor has worked out a reserve price for Pawan Hans which will be submitted to the Ministry of Civil Aviation (MoCA). The MoCA will be then send the reserve price to the Evaluation Committee, which comprise financial advisors and Joint Secretaries from the Department of Investment and Public Asset Management (DIPAM) and the administrative ministry, CMD of the CPSE.

"We have asked for submission of financial bids by March 6. After the Core Group on Disinvestment (CGD) or the Alternative Mechanism decides on the reserve price, the financial bids of shortlisted bidders would be opened," an official said. The official further said that the process of Pawan Hans sale should get over by March. A meeting of the Alternative Mechanism on strategic disinvestment headed by Finance Minister Arun Jaitley and comprising Civil Aviation Minister Suresh Prabhu, had cleared the final share purchase agreement (SPA) and financial bids have been called for.

The government holds 51 per cent stake in Pawan Hans, which has a fleet of 46 choppers. The remaining 49 per cent is with state-run ONGC. The draft SPA and Request for Proposal (RFP) was circulated to shortlisted bidders on December 21, 2018, and a four-week time was given to them seeking comments. In April last year, the government had issued the information memorandum for the 51 per cent strategic stake sale in Pawan Hans and had sought expression of interest (EoI) from interested bidders by June 18.

Thereafter, the ONGC board in July decided to combine its 49 per cent stake in the offer for sale by Government of India. Following this, in August the government invited fresh bids from entities, saying that along with its 51 per cent stake, the bidders will also have the option to buy ONGC's stake of 49 per cent in the company. The last date for submission of bids was September 12. However, the total number of bidders have not made public to maintain confidentiality of the bidding process.