Into the big league 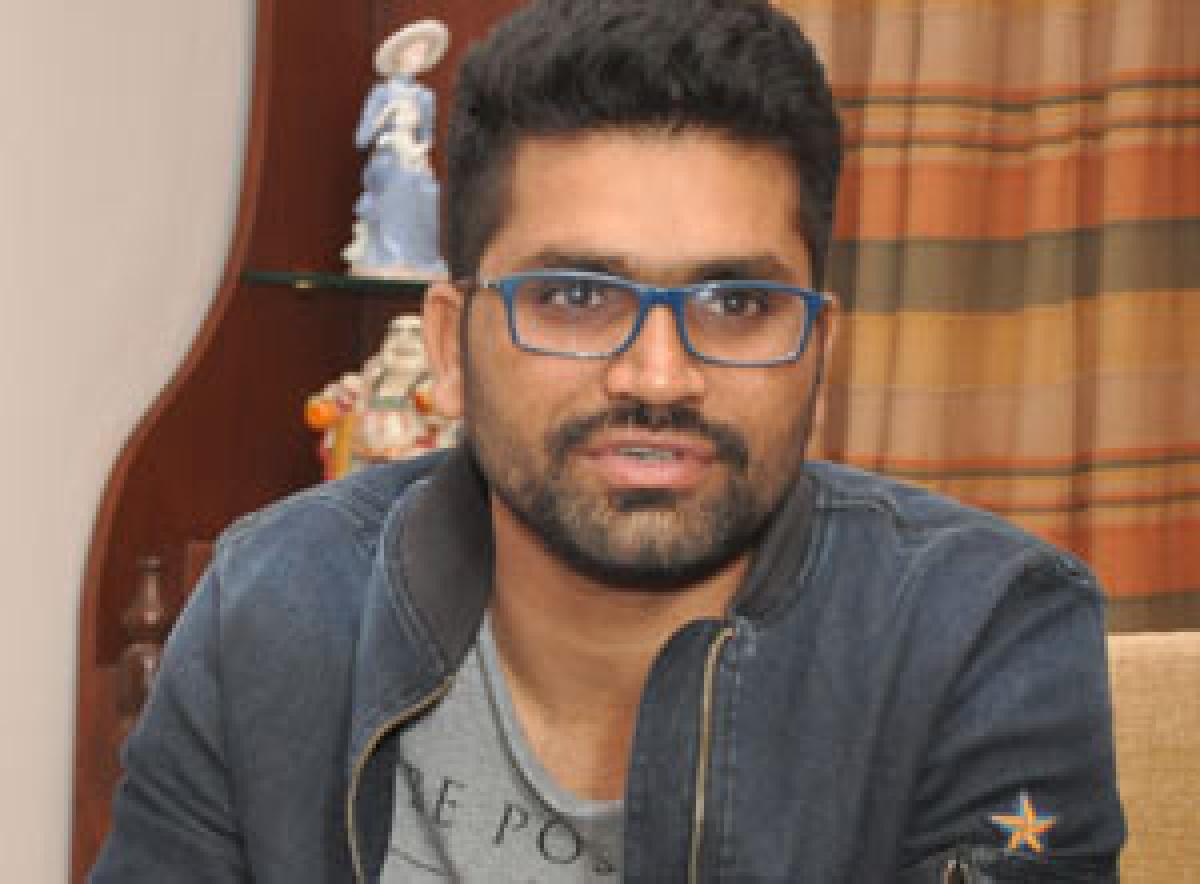 Despite belting out chartbusters in films like ‘Nuvva Nena’, ‘Kevvu Keka’ and ‘Gaalipatam’, composer Bheems Ceciroleo had to hang around for a long time to bag a star flick.

Despite belting out chartbusters in films like ‘Nuvva Nena’, ‘Kevvu Keka’ and ‘Gaalipatam’, composer Bheems Ceciroleo had to hang around for a long time to bag a star flick. Understandably he is elated that his wait ended with Ravi Teja-starrer ‘Bengal Tiger’, which is ruling the roost on iTunes.

“I have to thank director Sampath Nandi for the opportunity. He convinced Ravi Teja and producer Radha Mohan, saying that I will be a value addition to the flick,” he recalls, adding, “I was given complete freedom – from instruments to singers—for the album and the upshot is out there for everyone to see.”

Bheems, to rewind a bit, has started his career as a lyricist. His song ‘Oye Raju Gundello Nuvve’ in Rajashekar-starrer ‘Aayudham’ was a smash hit. “My friend Aadesh Ravi and mentor Sampath Nandi were instrumental in me turning into a musician. I believe in composing tunes for my lyrics and in the process, Sampath Nandi sir acted as my sounding board. He used to give me valuable tips and in a way designed and directed my career,” he laughs.

Reminiscing how he bagged his first opportunity ‘Nuvva Nena’, he shares, “I approached the producer and director of the film to pen lyrics. When I briefed them I was also into composing, they let me play some of my tunes. They liked my work and within no time I was on board. The tracks ‘Neeli neeli’ and ‘Vayyari blackberry phone le’ were well-received.”

Born and brought up in Khammam, Bheems insists he eats, breathes, dreams and lives music. “I react whenever a song is played around me. Since childhood I played all instruments– ranging from a mug to a plug. Music has come naturally to me and over the years my interactions with different music personalities improved my craft. Presently I’m training in rhythms,” signs off the tunesmith who is a fan of Mani Sharma and Harris Jayaraj.