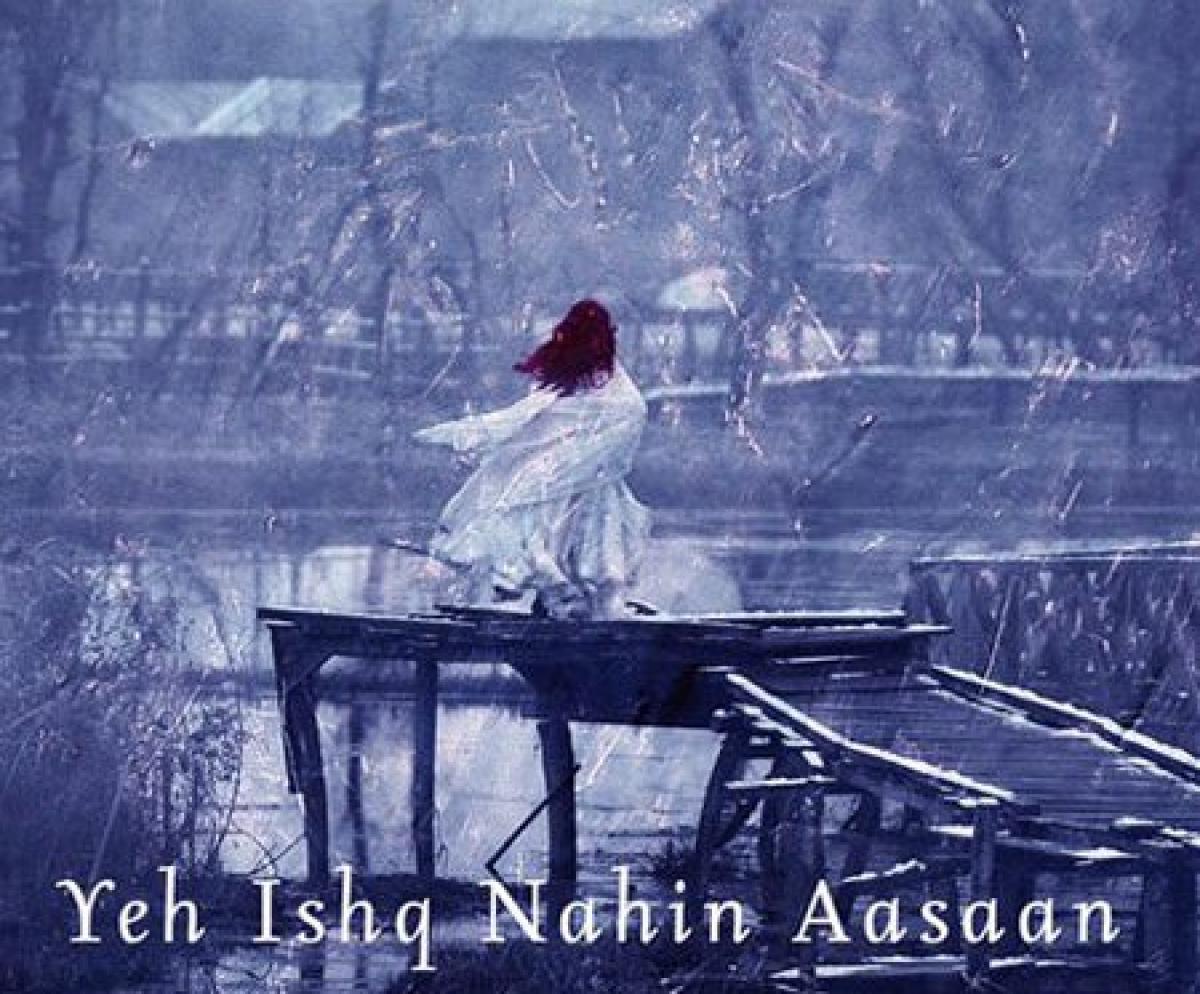 A broken bridge, leafless trees and snow laden houses -- the first look of -'Fitoor-' captures a scene out of a cold winter evening in Kashmir. And,...

A broken bridge, leafless trees and snow laden houses -- the first look of "Fitoor" captures a scene out of a cold winter evening in Kashmir. And, in the midst of it stands actress Katrina Kaif, who is only recognisable due to her tresses, which she has dyed red for the movie.

The first look of the film was unveiled by filmmaker Abhishek Kapoor on Twitter.
Kapoor shared the poster, which features Katrina with her back towards the camera, and waiting on a broken bridge near what looks like a lake.
"Yeh Ishq Nahin Asaan," reads the tagline on the poster. It translates to 'This love is not easy'.
Kapoor, who has helmed movies like "Rock On!!" and "Kai Po Che", captioned the poster: "Been a fab year for us and to sign off before 2016, here's a brief intro to our labour of love #Fitoor #guyinthesky #utv."
"Fitoor" brings actor Aditya Roy Kapur and Katrina together for the first time on the silver screen.
The film, which is said to be an adaptation of Charles Dickens' novel "Great Expectations", is slated to hit the theatres on February 12 next year.
Show Full Article
Email ArticlePrint Article
More On
Download The Hans India Android App or iOS App for the Latest update on your phone.
Subscribe
Subscribed Failed...
Subscribed Successfully...