NTR broke down on the sets: Sukumar 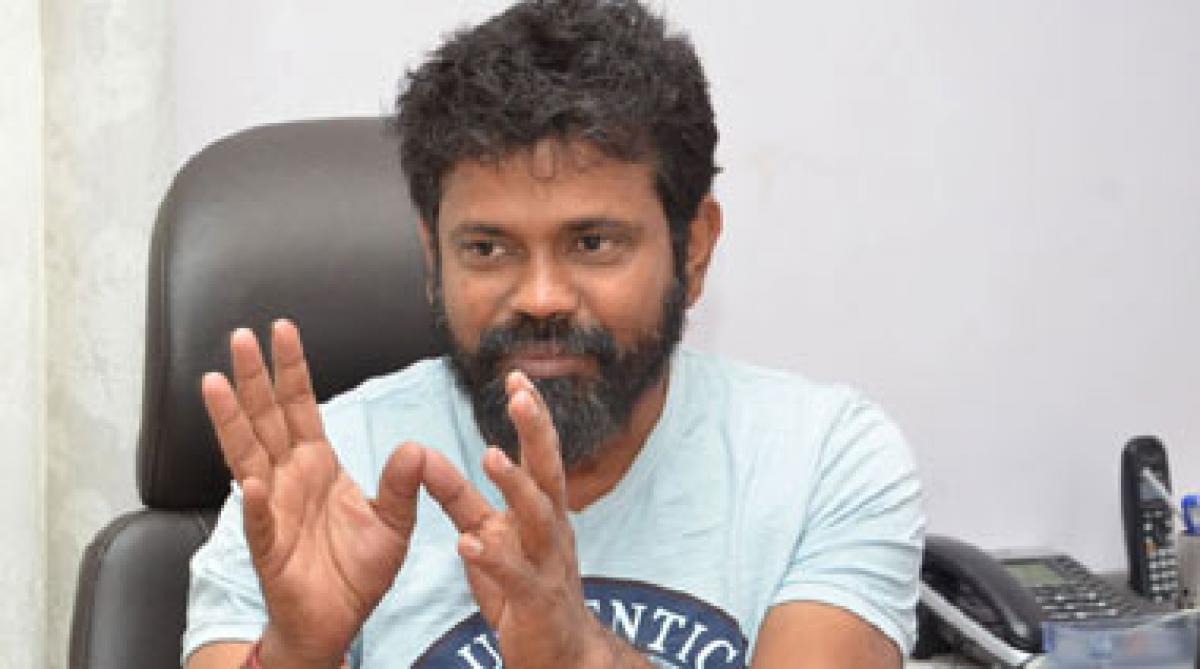 While Tollywood has witnessed its own share of films based on ‘father-son sentiment’, Sukumar agrees his forthcoming film, ‘Nannaku Prematho’, too, will be more or less in the same category but high on emotional percentage.

The director sits down for a tête-à-tête ahead of his festive release, ‘Nannaku Prematho’
While Tollywood has witnessed its own share of films based on ‘father-son sentiment’, Sukumar agrees his forthcoming film, ‘Nannaku Prematho’, too, will be more or less in the same category but high on emotional percentage.

“It’s (father-son bonding) a universal emotion, so it’s just a matter about how different you narrate the story. We’ve clearly communicated in the film’s title and trailer that it will unravel as an emotional tale between a father-son amid romance and other masala ingredients,” insists Sukumar, with an impish smile.

Branded for complex and multi-layered screenplays, “A film may have multiple sub-plots, but in the end, it's the emotional curve that connects with the audience. So I take time my own time to ensure that the script has high emotional value," shares Sukumar, who tried to fashion an emotional thriller.

Sukumar maintains that NTR was a straight choice for the protagonist role. “Initially, we have zeroed in on a different subject and as I was working on it, my father passed away. I realised the value of a father only after I went through the grief. So, I thought there’s no better time to express my feelings and convey my emotional stress than writing a story which will be a tribute to him.

I narrated it to NTR and he flagged it off pronto,” he recalls, adding, “NTR is very emotional and expressive. I thought he was the best one to bring out the emotion in the script. Moreover, I was always looking for a script that excites him since long.”

The suave filmmaker admits it was challenging to overcome his father’s loss but describes work experience with NTR as an ‘emotional ride’. “After my dad passed away I was high on emotions and NTR too lost his brother Janakiram around the same time.

So, both of us, in a way, have been under emotional stress. It was quite challenging for us to come to terms with the film’s making. I remember while shooting a sequence NTR broke down even after the scene was over. I couldn’t say ‘cut’ for the reason that even I started crying and the entire unit was watching with moist eyes,” he recollects sensitively.

Despite losing his brother, NTR, Sukumar points out, showed great character and professionalism to finish the shoot proceedings. “After losing his brother he was highly emotional but the temperament he showed to overcome the loss and complete the shooting was commendable,” Sukumar exclaims signing off.