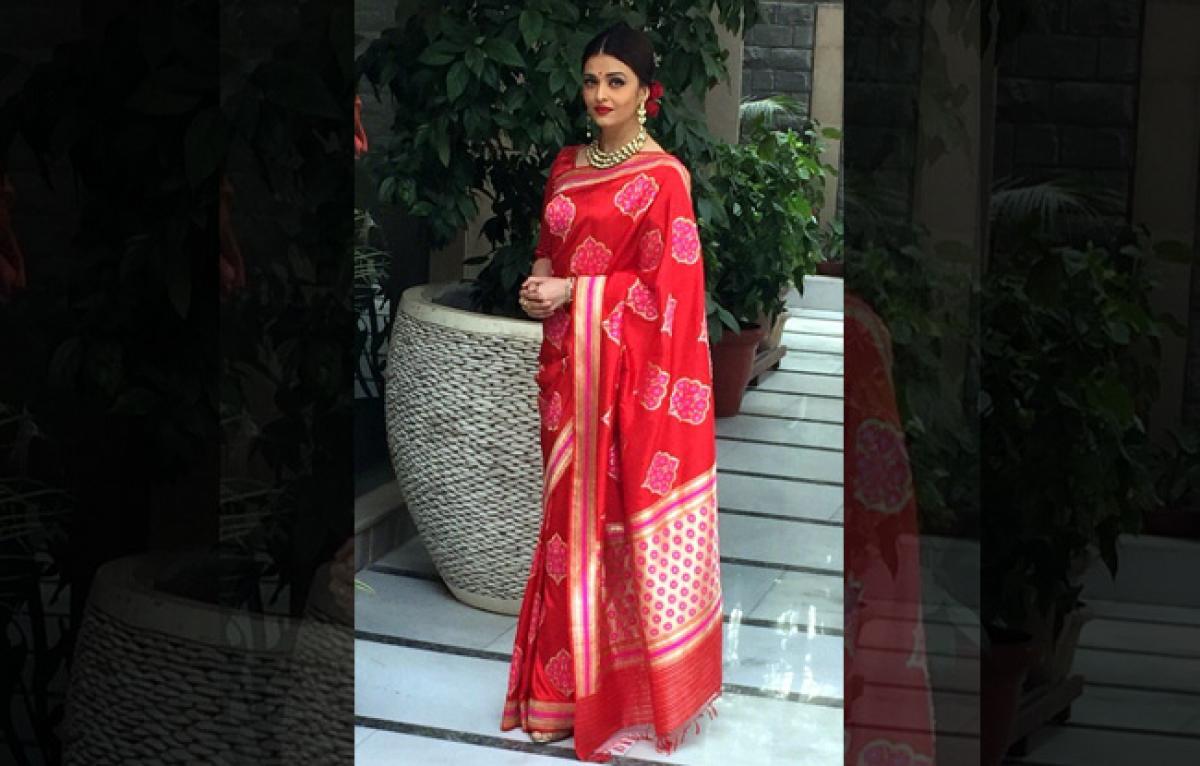 Actress Aishwarya Rai Bachchan has chosen an elegant look in a red designer Banarasi silk sari to wear for a special lunch with French President François Hollande here on Tuesday.

Aishwarya, who has been in the midst of shooting her new film "Sarbjit", has taken out time from her busy schedule to attend the lunch, said to have been organised in Hollande's honour by French Ambassador Francois Richier.

Richier has invited the 42-year-old actress for the lunch, which Hollande will attend following his appearance at the country's colourful Republic Day parade on Rajpath as the chief guest.

Aishwarya, all ready for the lunch, looks ravishing in red in an image shared by her publicist.

"Aishwarya Rai Bachchan wishes all her well wishers a very happy Republic Day," read the caption to the image featuring the former beauty queen, who adorned polki jewellery and a bunched up hairdo for the occasion. A simple bindi and red lipstick completed her look.

The sari that Aishwarya has worn is from designer duo Swati and Sunaina, and made in Banaras -- age-old weavers from where are poised for a facelift courtesy Prime Minister Narendra Modi.

Woven with fine mulberry silk and zari made from pure silver threads dipped in gold, the sari is called ‘mehraab’ after the shape of the ‘buta’ that is woven across the six-yard wonder.

What's special is that only natural fibres and eco-friendly dyeing has been used in the making of this sari, and it is woven using the 'kadhuwa' technique, a source close to the designers, told IANS.

It's only perfectly suited that Aishwarya chose a creation that's deeply rooted in Indian technique and craft to meet the president of France, a country that she's had a great connect with for long.

Apart from being a regular at the Cannes International Film Festival, where the first look of "Jazbaa" -- her comeback film post pregnancy -- was launched last year, Aishwarya has been a recipient of the prestigious 'Knight of the Order of Arts and Letters', a civilian award by the French government.