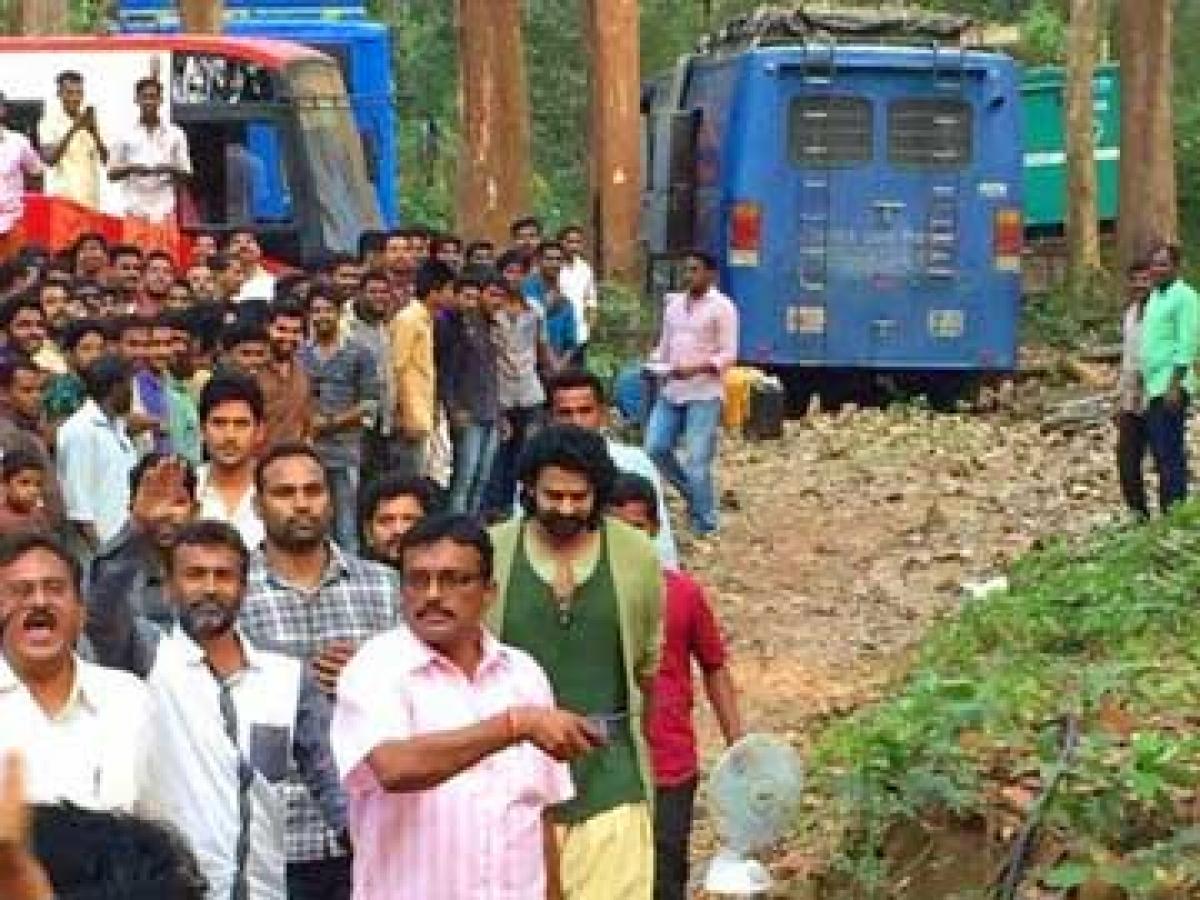 SS Rajamouli’s magnum opus -'Baahubali-' -' is definitely 2015’s biggest blockbuster. The film is one of the costliest Indian movies made and...

SS Rajamouli’s magnum opus 'Baahubali' ' is definitely 2015’s biggest blockbuster. The film is one of the costliest Indian movies made and collected a whopping amount at the box office in India and overseas.

The shooting of Baahubali-2 is underway and the lead actor Prabhas has also resumed shooting after taking a few day break for pongal. It is learnt that Ramya Krishna too joined the sets while Tamannaah, Anushka and Rana are expected to begin shoot soon.

Though filmmaker SS Rajamouli is taking all care not to leak any pictures from the sets, some pictures of the film shooting have made its way into the social media. A photo in which Prabhas is seen shooting in a forest is currently being circulating on the internet. The makers of Baahubali- The conclusion are planning to release the movie by year end.