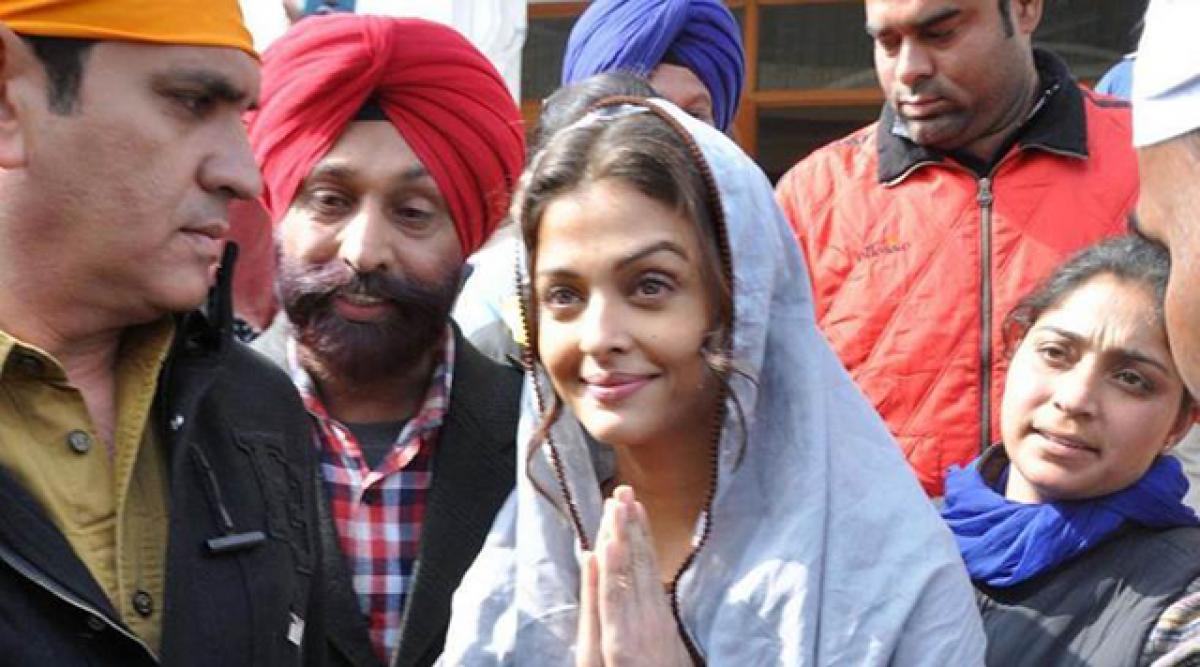 Actress Aishwarya Rai Bachchan and the crew of Omung Kumar directorial “Sarbjit” shot a few scenes inside the Golden Temple in Amritsar on the occasion of Basant Panchami.

​Mumbai: Actress Aishwarya Rai Bachchan and the crew of Omung Kumar directorial “Sarbjit” shot a few scenes inside the Golden Temple in Amritsar on the occasion of Basant Panchami.

"Sarbjit" is a biopic on Sarabjit Singh, an Indian farmer who was convicted of terrorism and spying in Pakistan and was sentenced to death. He was attacked by inmates at a prison in Lahore in April 2013 and died a few days later.

Aishwarya plays the pivotal role of Dalbir, Sarabjit's sister, in the film. She has been shooting at various locations in Amritsar. But shooting at the Golden Temple was a unique experience for the team.

Kumar said: "We are really thankful to the officials of the Golden Temple to have allowed us to shoot inside the beautiful shrine. The way they guided us smoothly through various locations to shoot inside on such a busy day was impeccable and I am truly grateful.

Actor Randeep Hooda will be seen playing Sarabjit in the film, which will be narrated through the perspective of the victim's sister Dalbir Kaur. The film is slated to hit the screens on May 19.