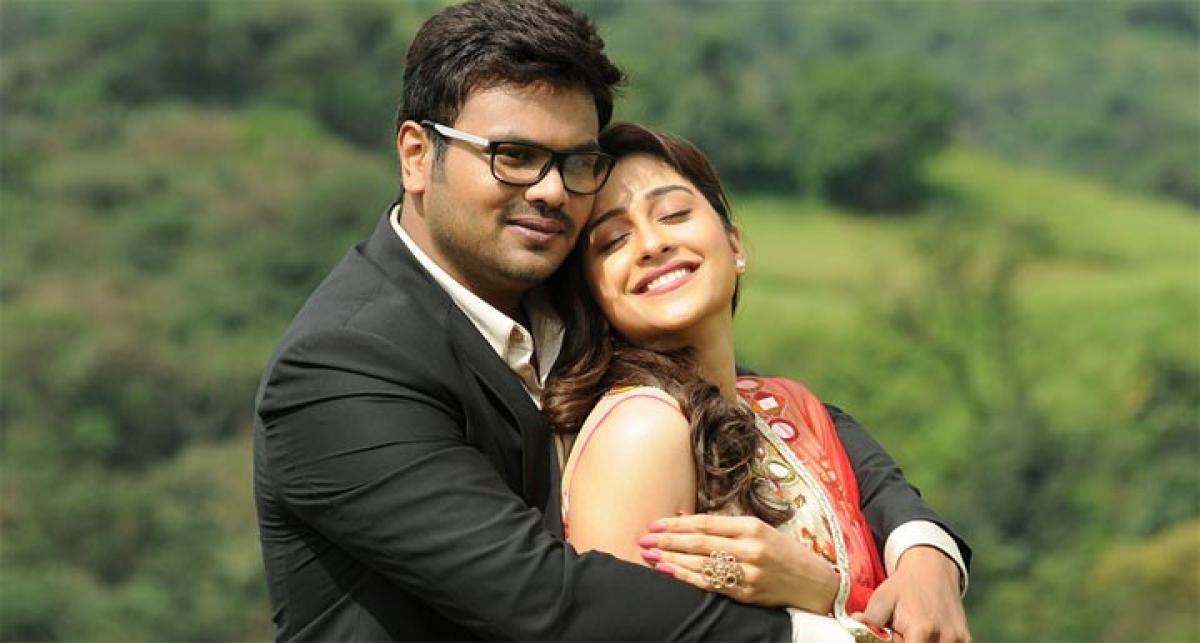 A murderous attempt on her takes place, the hero who is with her at the scene of crime is the circumstantial culprit and it calls for the great investigative brain of Prakash Raj, the ‘psycho’ circle inspector to dig deeper and come to the ultimate conclusion in the final reel.

Rocking star Manoj Manchu is a Harvard-returned, self-driven sort, passionate for proving himself and his skill sets. Of course, there is a streak of altruism in him also. So much so, that he bags an Rs 300 crore pharma project with a 10-minute presentation (?) and sacrifices it for his friend, all because…. Oh yeah! You all know it by now… Or else, how else would our Shourya (meaning heroic) present a ‘thrilling love story’ of his life and times, mercifully confined to just over two hours?

Confining adamantly to a track which comprises flashback narrations by characters one too many, the film starts placidly with a small-town heroine ( Regina Cassandra) wanting to relive her days in the areas where she spent quality time with her sister, prior to taking off abroad with her lover boy. Obviously, it is not going to happen as she innocently plans it out.

A murderous attempt on her takes place, the hero who is with her at the scene of crime is the circumstantial culprit and it calls for the great investigative brain of Prakash Raj, the ‘psycho’ circle inspector to dig deeper and come to the ultimate conclusion in the final reel. Placing a mix of artistes as popular as Brahmanandam on one end and a collection of recently successful comedians like Shakalaka Shankar etc.

on the other, the director struggles to pace the film, which gets bogged down courtesy mundane story telling. A flicker of interest is what he manages at the break when the hero confesses that he had killed his lady love. The rationale behind the dastardly crime unfolds in a scarcely convincing manner, the experienced among the viewers knowing that there would be a final twist anyhow.

A welter of reasons are thrown in to justify the moves of the lead pair, including the grand theorising of the cop-turned-detective who brings a three-dimensional angle to the whole issue! Dasaradh, the director weakly attempts to get in the evil of caste in society and how it is a misfit in modern times, more like an afterthought, a delicate issue in Telugu cinema in any case.

Manoj, one among the second rung of young heroes who has no great track record of successful films, just walks through the proceedings with a casual Regina in tow. With no USP to save the film from sinking into a messy, routine affair, the feeling is inescapable that it is yet another flick confined to the also-rans of Telugu cinema.